Editor’s note: The opinions expressed by the author do not necessarily reflect the opinions of the AAMC or its members.

This year, for the first time, more women than men entered medical school, an impressive advance from a few decades ago when women represented less than a third of matriculants. Yet progress in another key segment of academic medicine has been painfully slow. The number of women in C-suite positions and other high-level posts—chief medical officer, chief financial officer, department chair, and dean, for example—remains shockingly low. Given how much we need women in leadership roles, it is time to act. I urge sponsorship of women, an approach borrowed from the corporate world that can elevate a person from unknown talent to rising-star status.

The need is clear. In a 2013 Academic Medicine article, my colleagues and I wrote on the poor representation of women in leadership roles, citing AAMC statistics that women held 12% of permanent deanships at fully accredited medical schools in 2011. Today, in 2018, information from the AAMC Council of Deans shows that the number has crept up to 16%. And that’s despite a deep bench of qualified women that has existed for the past 10 to 15 years. For example, women made up nearly half of medical school assistant deans at fully accredited medical schools in the AAMC Report on the State of Women, 2013–2014, but there is little sign of their advancing to the highest levels of leadership.

Sponsorship should not be confused with mentorship. Sponsorship is the public support for the advancement of someone who has untapped leadership potential.

So, since interventions such as leadership development and mentorship programs have not helped nearly enough, why not try sponsorship?

Sponsorship should not be confused with mentorship. Sponsorship is the public support for the advancement of someone who has untapped leadership potential. Sponsors are highly placed individuals—a medical school dean or health system CEO, for example—who have the power and influence to advocate for that person.

Mentors, on the other hand, come from any level in a hierarchy and often work behind the scenes to offer guidance and support. Sponsorship is riskier than mentorship because sponsors spend the “chips” they’ve accrued in their profession to advocate for someone in whom they see nascent ability. Sponsorship is truly a different breed of cat.

Years ago, I had the great fortune to experience sponsorship personally and, over time, have come to appreciate the impact it had on my career. The director of the lab at the University of London’s Gray Laboratory, where I did my postdoctorate fellowship, exemplified true sponsorship.

At professional meetings he would personally introduce me to leaders in the field—individuals I would have been terrified to approach on my own—and would tell them they needed to know about my research. When speakers came to the lab, he would have them meet with the postdocs to discuss our research rather than spend all their time with the senior scientists they already knew. He was giving us his imprimatur, letting his colleagues know that we were young scientists to watch. I credit my time in that lab and specifically his sponsorship for the career I have enjoyed. Now that I am a professor and an associate vice president, I have emulated his approach and derive great pleasure from helping others advance in this field.

Sponsorship programs work well and have become de rigueur in the corporate world, including in pharmaceutical companies. Bristol-Myers Squibb piloted a program to build pathways to sponsorship, such as pairing top company leaders with high-potential individuals. At the end of the pilot, 32% of the junior-level participants had advanced to higher roles.

In academic medicine, there are many ways to sponsor women. Of course, some positions are filled through search committees, but those of us in positions of power have other options. We can suggest women for key committees that bring power and influence. We can encourage them to chair committees and teach them the skills to do so. We can recommend them for editorial boards of professional journals or for “hot jobs” that can increase their visibility, and we can encourage them to apply for promotions. We can also suggest that they join groups such as the AAMC Group on Women in Medicine and Science and participate in the AAMC Midcareer Seminar for Women. Whatever the approach, though, we need male leaders to engage in sponsorship: there are simply too few women leaders to sponsor all the available talented women.

It’s worth noting that men have been good about supporting each other in visible ways for some time. One study of graduates from top business schools showed that although women had more mentors than men, they lagged behind male peers in all career advancement measures. Tellingly, the men’s mentors were more often endorsing their protégés in public than were the women’s.

Women bring a different voice and a different perspective that can help solve many of the problems facing academic medicine today.

Why do we need to promote women into leadership positions? And, to be clear, I do believe it is a matter of need, not just the right thing to do. In his new book, The Diversity Bonus, Scott Page explains that diverse groups find more innovative solutions to complex problems than do homogeneous groups. In addition, women bring a different voice and a different perspective that can help solve many of the problems facing academic medicine today. They tend to be collaborative, empathetic, and compassionate; they mentor and empower others; they often are transformational rather than transactional; and they prefer flat to hierarchical structures. Women leaders also serve as role models for other women and can help create an organizational climate that is supportive to women.

On an important and timely note, elevating women into powerful roles can reduce sexual harassment in the workplace, a case convincingly made in a November 2017 Harvard Business Review article. When women are outnumbered both in the ranks and in leadership, harassment flourishes—despite training programs, policies, and laws. Increasing the number of women changes the culture and makes such behavior unacceptable.

I encourage all academic medicine leaders to sponsor a woman or some other talented individual not likely to access power easily. Look broad, look deep, and look more than one level down from your position. You may be surprised who you will find and what they can do. And what better legacy can we leave than talented future leaders?

Why it's still important to keep your dentist appointment

Fri Aug 28 , 2020
BUFFALO, N.Y. (WKBW) — There are a few changes when you walk in Westermeier Martin Dental Group in Amherst. There’s plexiglass at every counter, you are screened with questions and a temperature check, and you must wear a mask when you are not being seen by a dentist. Doctors are […] 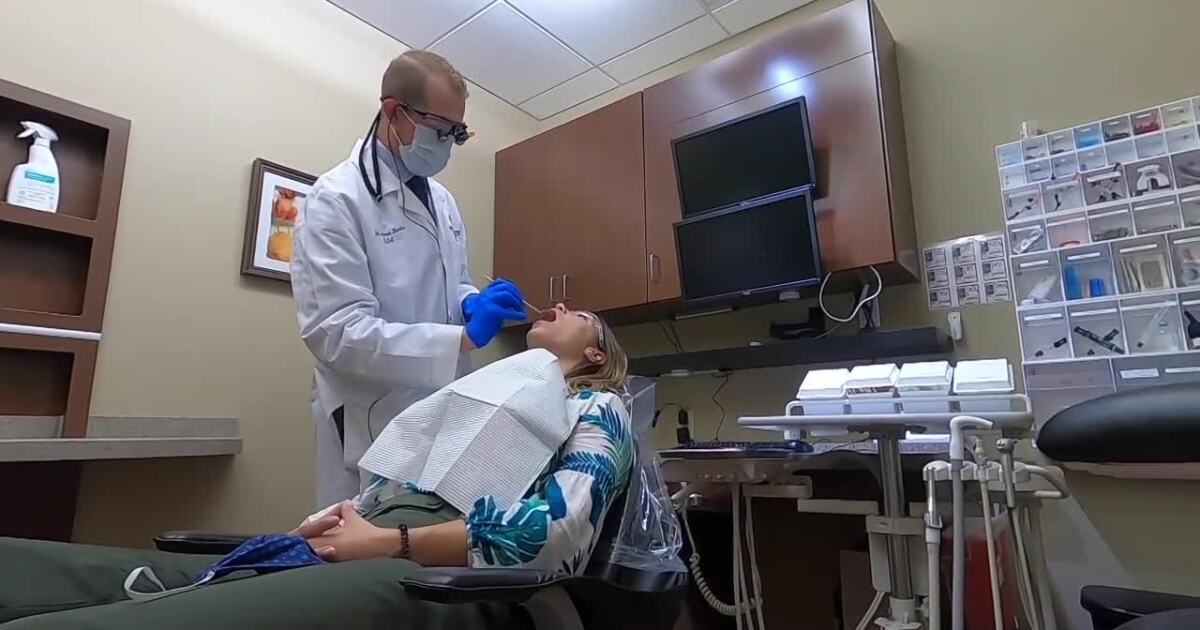