Scientists are closing in on a long-sought goal _ a blood test to screen people for possible signs of Alzheimer’s disease and other forms of dementia. Half a dozen research groups gave new results at a conference on these experimental tests. (July 15)

The study performed by IBM and funded by drug giant Pfizer found a computerized model analyzing language patterns accurately predicted up to 74% of participants diagnosed with Alzheimer’s disease later in life. The study appeared Thursday in the journal EClinicalMedicine.

The study is the latest in an emerging research field focusing on early detection of Alzheimer’s disease, the memory-robbing disease that afflicts about 5.8 million Americans.

Many researchers are working to develop and study blood tests to detect Alzheimer’s disease before memory and thinking problems occur. Blood tests can potentially be more precise than memory and thinking tests now used to diagnose the disease. The tests also could be a less-expensive way to conduct clinical studies.

IBM officials say their study of language patterns show another possible tool for early detection of Alzheimer’s disease and other forms of dementia.

The study analyzed more than 700 written samples from 270 participants in the decades-old Framingham Heart Study, which has collected detailed medical histories, physical exams and labs test from thousands of participants. Study participants were shown a cookie-theft picture and asked to write a description of the image.

The samples were collected when study participants showed no signs of memory loss. The study predicted Alzheimer’s disease an average of 7.6 years before participants were diagnosed.

Based on written samples from 80 participants, the study more accurately predicted Alzheimer’s than other methods such as evaluating a genetic susceptibility gene, demographics or psychological tests, the study said.

Risk factors found in language can include repeating questions, stories and statements, the study said. The study also cited agraphia, or loss of the ability to write, which can lead to errors or less complex language.

Royyuru said tracking language patterns over time could be done as part of a routine physical or behavioral health exam. Doctors might track collect a baseline of a patient’s language skills as a young adult and update the test every 5 years, he said.

“That is not in normal clinical practice today,” Royyuru said. “The technology allows us to think about this as something that would be possible.”

More: Is this Alzheimer’s drug a breakthrough for millions? Company unveils mixed results

More: Is this drug the most promising development on Alzheimer’s in recent history?

Dr. Oscar Lopez is a professor of neurology and psychiatry and director of the University of Pittsburgh’s Alzheimer’s Disease Research Center.

Lopez said the challenge in using a language test is developing reliable data from prospective studies that track patients over decades.

Alzheimer’s researchers instead are increasingly studying blood tests that measure biomarkers such as the protein tau as a way to detect early signs of the disease.

Scientists can track tau and amyloid proteins that accumulate as plaques and tangles in the brains of Alzheimer’s patients. But doctors must use invasive and expensive brain scans and spinal taps that measure spinal fluid to detect these biomarkers. Insurance does not always cover those tests.

In July, researchers published a study on a blood test that could identify Alzheimer’s and even detected signs of disease 20 years before cognitive problems were expected in a group of people who carry a rare genetic mutation.

“Blood tests are going to be the future, but we’re still not there,” Lopez said.

Drug companies for years have made drugs targeting brain amyloid plaques as potential treatments for the disease. However, clinical studies often enrolled patients who already had signs of memory decline, leading some researchers to theorize the experimental drugs were administered too late.

Drug companies are pursuing prevention studies that seek to discover whether administering drugs to people who are susceptible but have not yet developed memory or thinking problems might be a way to slow the disease.

Study costs can be especially prohibitive when investigators need to screen large numbers of people to find those who meet a study’s criteria.

Blood tests that measure biomarkers could be “very useful because what you want is to have something that will lower the cost of the diagnosis and lower the cost of recruiting people for prevention trials,” Lopez said.

Sat Oct 24 , 2020
Gov. JB Pritzker/Twitter The Illinois Director of the Department of Public Health broke down in tears during Friday afternoon’s press briefing on the coronavirus in the state. While updating the public on the state’s rising numbers of COVID-19 deaths, Dr. Ngozi Ezike took a moment to herself, turning away from […] 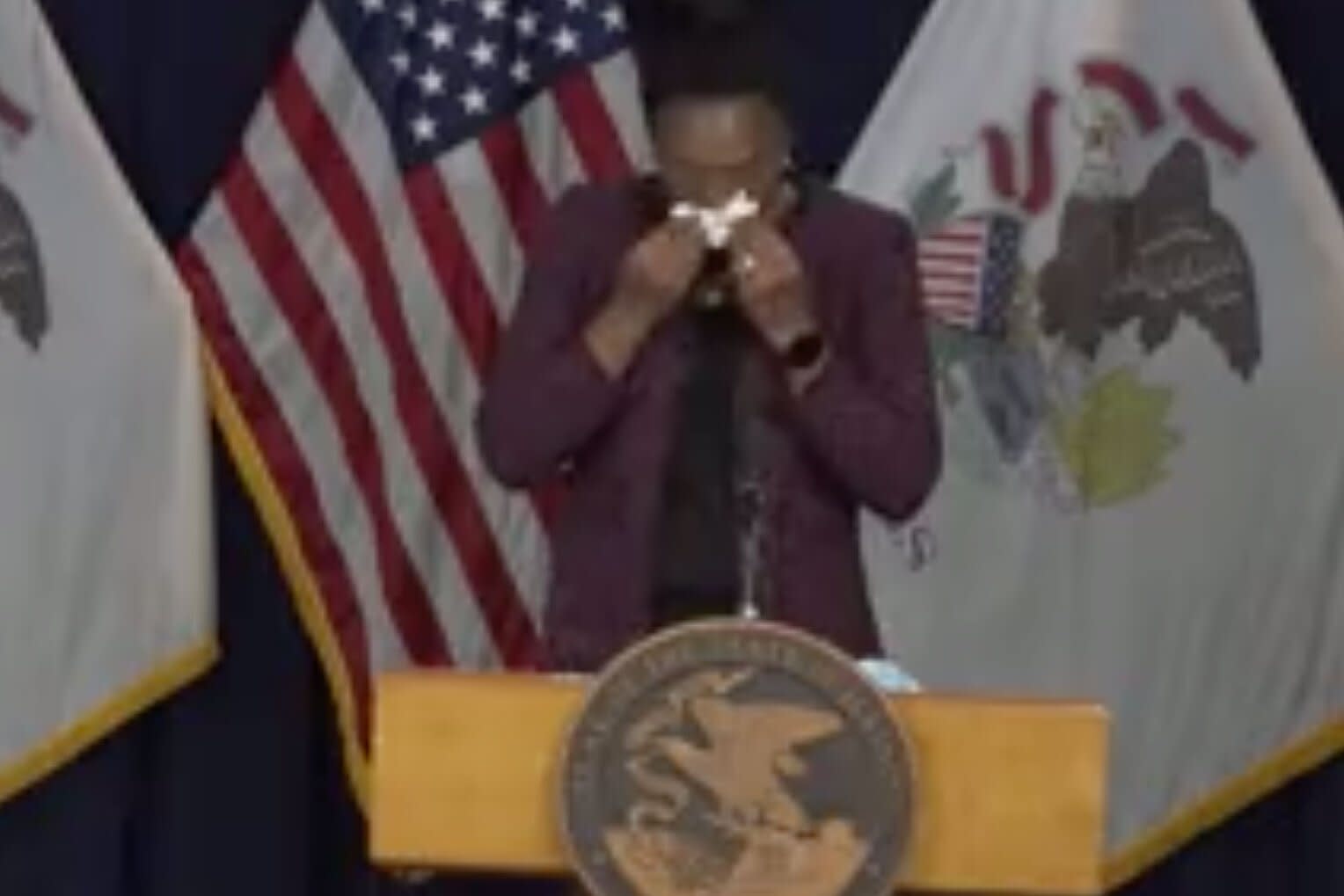