A black coronavirus cloud is hovering ov er the Israeli high-tech industry. According to IVC Research Center, which tracks the sector, investment in startup companies plunged 50% in March. Many companies are laying off staff, revising their outlooks for the year downward and seeing the valuations fall.

Some segments, such as cybersecurity and remote services, have avoided the downturn. Not surprisingly, so has digital medicine – which seems headed for an era of rapid expansion as the pandemic creates upheaval in the world’s health care systems.

“The coronavirus is expected to significantly accelerate changes in medicine. What was supposed to take 10 years is going to happen inside a year. Not just digitization of medical procedures but also a transition from tele-medicine to real-time medicine and health care based on artificial intelligence,” said Ittai Harel, managing general partner at Pitango Venture Capital which focuses on health care tech.

Harel’s VC fund formed Pitango Health, a dedicated fund in June 2019 to focus on the intersection of technology and healthcare and broader life sciences.

Globally, the first quarter saw a big increase in investment in digital health care startups as the coronavirus pandemic was gaining momentum. According to Mercom Capital Group, some $3.6 billion was invested in digital health startups in 142 deals, a 79% increase over a year earlier.

Israeli startups have ridden the wave. Israeli-founded, New York-headquartered Tyto Care, which has developed a handheld exam kit for remote use, raised $50 million three weeks ago. Using this device, a health care provider can examine a patient’s lungs, heart, throat, ears, skin, abdomen, and body tem perature from a distance.

The kit has enabled a reduction in visits to clinics and hospitals amid the crisis. It can even be used for home monitoring of coronavirus patients.

Breaking news and analyses in your inbox

Thank you for signing up.

The email address you have provided is already registered.

The coronavirus crisis has led to collaboration among startups, big companies, government and health care institutions. “Everyone is prepared to cooperate, even to share patents, to do better together. Even regulation has been eased and now everything is happening faster,” he said.

Another Israeli fund aMoon, was formed a year ago and has by Israeli standards a giant $660 million in assets to invest in digital health. Tomer Berkovitz, a partner and chief financial officer, says the coronavirus crisis is speeding up changes in global medicine.

“When we started to raise money for the fund, our thesis was about a merger between biology and technology – that the next decade would be the decade of health-tech,” he said. “It was a change we thought would take five to 10 years and suddenly we’re taking one big step.”

He gives as one example of how patients are rapidly becoming familiar with digital medicine. Before the crisis, most weren’t familiar with digital-medical tools, but the coronavirus, strict rules on social distancing and fears of contagion have taught them quickly what it is all about.

“If in the past they wanted to go to the hospital and see a doctor; now they want exactly the opposite,” Berkovitz said.

At a Moon, partners believe this isn’t a temporary change but a permanent one. Many patients, and not just early adopters of technology, have now personally experienced digital medicine and recognize the risk of a visit to a clinic or hospital. In China, the aMoon fund says, there are already signs of widespread adoption of digital medicine techniques even as the coronavirus pandemic recedes.

“The same will also happen in the hospitals. If until now they adopted digital tools mainly for marketing purposes, today they’re looking at them as a real alternative,” said Berkovitz. Digitization offers a way to reduce crowding in hospitals and help them cope with the more challenging financial environment they face going forward.

“The third element is the regulators,” he said. “They need to provide answers such as whether there is insurance coverage for remote medicine; what are the rules about medical liability in cross-border medicine; and how do protect privacy. Regulators have to move quickly. The fact is it’s something that should have happened a long time ago.”

At TriVenture, 80% of its portfolio is in digital health, helped by the fact that Israel’s health care system began the transition eight years ago “before it was sexy,” said Michal Geva, managing partner and cofounder of the venture capital fund. Now, remote services and digitization are coming to the fore everywhere, under the impact of the lockdown.

“Look at Zoom. For years I avoided using it. Now I’m on Zoom all day and when the crisis is over I think I’ll continue using it,” said Geva.

“The same thing will happen in digital health. In the past all talk about remote examinations or consultations with the patient was considered taboo. I was talking with a neurologist who until now has said, ‘There’s no question I have to meet [face to face] with a patent.’ Suddenly, there’s no way to meet with patents and he’s saying, ‘Hey, I now realize that I really only need to meet with a third of my patients. The others don’t really need a physical examination. I can get the information I need in a video call. This is something that the health care system as a while is taking time to adopt.”

Geva cited as one instance of increased regulatory flexibility was a decision by the U.S. Food and Drug Administration to allow clinical trials at hospitals to be monitored remotely, something it had never previously countenanced. The lockdown rules made on-site monitoring impossible.

“If they hadn’t done that, lengthy and important trials would have gone into the wastebasket,” said Geva. But that’s not the end of it. “The minute we saw the light, there’s no going back. It’s a big opportunity.”

Pitango’s Harel sees medicine changing in four main areas. The first is remote medicine. In the United States just 5% of patients are treated remotely, but Harel said the share is expected to grow to 40% within two years.

Public medicine is the second area. “That’s the ability to see, via big data, not just the single patient but decide what care ss they need on the level of the en tire population,” he said.

The Israeli startup EarlySense provides an example of that kind of technology. It has developed sensors that are placed under the patient’s mattress to monitor their metrics. The data from tens of thousands of beds enables analysis and provides insights at the level of a large population,” Harel said. Founded in 2004, Early Sense has raised $145 million.

The third segment is diagnostics, where results can be obtained in a matter of minutes, even seconds, often with the patient at home. The rate of accuracy is 99%, said Harel. The fourth area is therapeutics, or treatment, mainly by medicine.

K Health has developed an app that lets users check symptoms online. Headquartered in New York, it has raised close to $100 milion to date, including $48 million in February. Zebra Medical Vision, based in Israel, has an imaging analytics platform that allows healthcare providers to identify patients at risk of disease and offer improved, preventative treatment pathways. Founded in 2014, it has raised $52 million.

Vocalis Healthis, founded in Devember with $9 milion in capital, is developing an app capable of diagnosing COVID-19 based on a person’s voice. To do that, it is taking voice samples from carriers in various stages of the illness and from non-infected people with the goal of developing an artificial-intelligence-based algorithm to detect COVID-19’s vocal “fingerprint.”

Tue May 12 , 2020
“Friendly, knowledgeable staff. Quality Dr/” P.D. | Google “Awesome staff and service!” R.L. | Google “It’s always a good day at Dental Works! The staff is very friendly and always accommodating! My husband and I have been going there for 10yrs and have Tammi do our cleanings! She’s wonderful!” D.C. […] 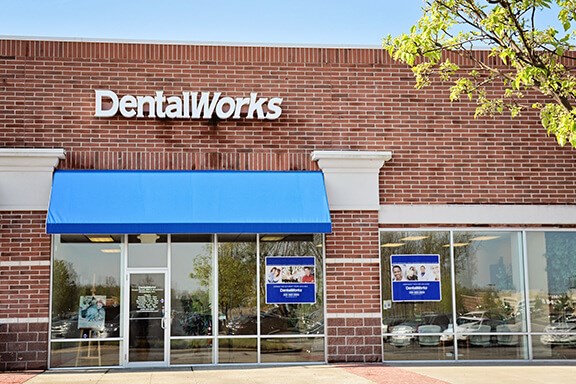