Each of the region’s seven hospitals scored in the top 10% nationwide in at least one condition or procedure, having received “high performing” marks as opposed to “average” or “below average.”

However, all local hospitals demonstrated a “significant disparity” in readmission prevention, the report shows. Black patients were at a higher risk than white patients of being readmitted to the hospital within 30 days of being discharged after certain surgical procedures.

In its 33rd year of rankings released in July, the publication broadened its measurements of health equity and added prostate, ovarian and uterine cancer surgery categories.

No Florida hospital made the Honor Roll, which consists of the 20 best hospitals in the U.S., including the Mayo Clinic in Rochester, Minnesota; Cedars-Sinai Medical Center in Los Angeles; and NYU Langone Hospitals in New York.

The region’s northernmost hospital, operated by Steward Health Care, was ranked average in nine categories, including diabetes and kidney failure.

It’s the only local hospital that received the highest ranking in pneumonia care. Its pneumonia scorecard featured “very high” nurse staffing and a “better than average” direct discharge of patients to their homes instead of another facility.

Sebastian River was ranked below average in:

Sebastian River cared for a similar proportion of low-income patients as other hospitals. However, its charity care provision for uninsured patients was lower, and a “significant disparity” existed between readmission prevention in Black and white patients who received a knee replacement.

There wasn’t enough data to compare the proportion of nonwhite patients to the city’s population, or assess preventive care for Black versus non-Black residents in the hospital’s service area.

Indian River was the only Treasure Coast hospital ranked among the top 20 in Florida. It shared 18th place with:

Indian River was ranked average in 10 categories, including aortic valve surgery and lung cancer surgery, and high performing in:

Indian River wasn’t ranked below average in any category. However, it cared for a “substantially lower” proportion of Hispanic patients compared to the Vero Beach population and “moderately lower” proportions of nonwhite and Black patients.

Among people who had a knee replacement, Indian River demonstrated a “significant disparity” between readmission prevention in Black and white patients.

There wasn’t enough data to assess preventive care for Black and non-Black residents in the region.

Lawnwood, the only trauma center on the Treasure Coast, was ranked average in five categories, including heart attack and stroke.

Lawnwood was ranked high performing in heart failure. Its scorecard in this category noted a “very high” volume of Medicare patients 65 and older who had the condition over five years, which “is associated with better outcomes.” The hospital also was recognized for its transparency in publicly sharing cardiology data.

Lawnwood’s proportion of low-income patients and charity care provision for uninsured patients were similar to other hospitals. However, its proportions of nonwhite and Black patients were “moderately lower” than the Fort Pierce population. There was a “significant disparity” between readmission prevention in Black and white patients who underwent heart bypass surgery.

Preventive health care in Lawnwood’s service area was “substantially less equitable for Black residents.” The disparity between the rates of potentially preventable hospitalizations of Black and non-Black residents over a five-year period was worsening.

One of two hospitals in the Treasure Coast’s largest city, St. Lucie was ranked average in 10 categories, including colon cancer surgery and hip replacement.

St. Lucie was ranked high performing in COPD. Its scorecard for the condition recognized the hospital’s use of noninvasive breathing aids for at least 20% of patients, as opposed to breathing tubes or surgery.

St. Lucie showed a “significant disparity” between readmission prevention in Black and white patients who had a knee replacement. Compared to the Port St. Lucie population, the proportions of nonwhite and Hispanic patients were lower and the proportion of Black patients was “moderately lower.”

St. Lucie was the only Treasure Coast hospital whose service area reflected equitable preventive care for Black and non-Black residents. The gap between the rates of potentially preventable hospitalizations of Black versus non-Black residents over five years was improving.

Though patient-experience surveys aren’t part of the rankings, St. Lucie was the only local hospital to score three out of five stars. The other hospitals each got two stars.

The trio share the same Medicare certification number, which is why they’re sometimes treated as a single hospital. Together they land at No. 31 among U.S. News’ best hospitals in Florida, tied with Lakeland Regional Health Medical Center.

The hospital system was ranked average in nine categories, including prostate cancer surgery, and high performing in:

Like most other local hospitals, Martin Health showed a “significant disparity” between readmission prevention in Black and white patients who had a knee replacement. However, it was the only Treasure Coast medical center whose proportions of nonwhite and Black patients were “comparable to or higher than the community.”

Lindsey Leake is TCPalm’s projects reporter. She has an M.A. in Science Writing from Johns Hopkins University, an M.A. in Journalism and Digital Storytelling from American University and a B.A. from Princeton University. Follow her on Twitter @NewsyLindsey, Facebook @LindseyMLeake and Instagram @newsylindsey. Call her at 772-529-5378 or email her at [email protected]

Read more of Lindsey’s stories and support her work with a TCPalm subscription.

How much should you walk every day to reduce risk?

Sun Sep 18 , 2022
Share on PinterestHow many steps a day help offset dementia risk? Researchers may now have the answer. Image credit: Christopher Fanelli/EyeEm/Getty Images. Dementia affects more than 55 million people worldwide and is the seventh leading cause of death globally. With the proportion of older people in the population increasing, the […] 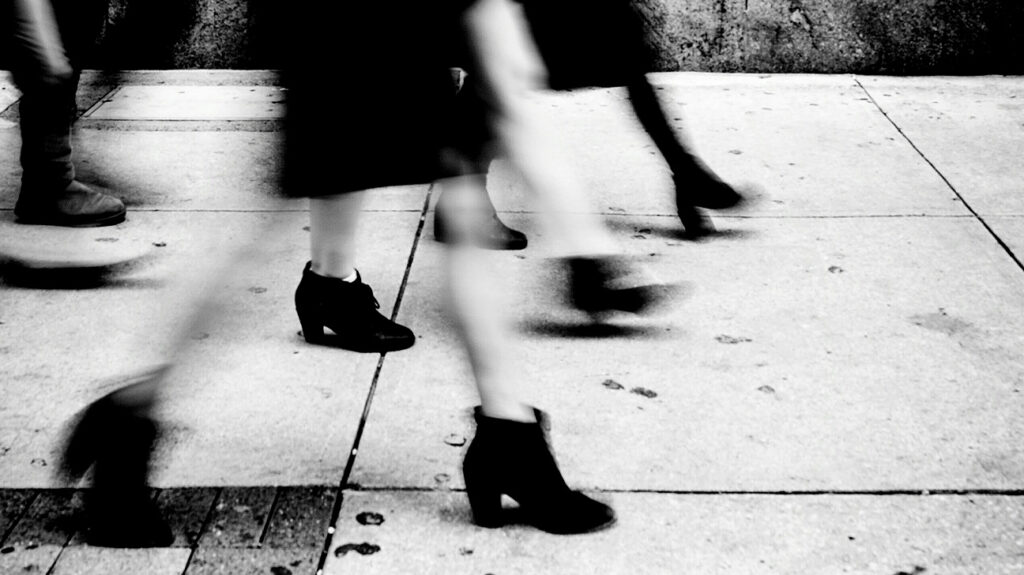