Summary: Epigenetic traces of childhood trauma can be used as biomarkers to predict the risk of addiction, depression, and a range of other physical and mental health issues 17 years later.

The study, published in Molecular Psychiatry, found that epigenetic traces of childhood trauma could be used as biomarkers to predict the risk of depression, nicotine dependence, alcohol use disorder and other health issues in people nearly 17 years later.

“If two children are exposed to the same traumatic event, one may experience much more severe consequences than the other as an adult,” said Edwin van den Oord, Ph.D., professor and director of the Center for Biomarker Research & Precision Medicine at the VCU School of Pharmacy, who was the lead author of the study.

“Our biology can sometimes respond to trauma, and by looking at DNA responses associated with trauma, we’ve developed a novel tool for predicting long-term health risks.”

To determine whether a child’s trauma increases their health risks later in life, the research team looked at epigenetics, when adverse experiences trigger molecular modifications to one’s DNA. These changes could help capture the personal impact of trauma on a child.

Epigenetic changes are molecular changes that may influence how a gene is expressed without altering the DNA sequence. One commonly studied epigenetic change is DNA methylation, where a methyl group is added to a DNA molecule.

“Changes to DNA methylation can occur at different points in our lives depending on several factors, such as our development, age, diet, health habits and other life circumstances, like trauma,” said Karolina Aberg, Ph.D., associate director of the Center for Biomarker Research & Precision Medicine and one of the study’s co-authors.

To better understand the epigenetic impact of childhood trauma, the scientists analyzed blood samples, clinical data and other assessments collected as part of the Great Smoky Mountain Study, a 30-year project established by Duke University and the North Carolina Department of Health and Human Services that surveyed hundreds of children and adolescents into adulthood.

“Most participants began their involvement in this study when they were 9 to 13 years old. These individuals are now in their 30s,” Aberg said. “There are few studies in the world that have collected this kind of data for so long.”

The researchers first used the participants’ blood samples to measure almost 28 million individual sites for methylation in their DNA. They then identified methylation changes correlated with reported exposure to trauma, such as serious injuries, sexual violence and actual or threatened risk of death.

Analyses revealed that the risk scores could predict a participant’s health issues and other adversities nearly 17 years after their exposure to trauma.

Their results also showed that the methylation risk scores were a better predictor of negative outcomes compared to reports of the occurrence of traumatic experiences. Van den Oord explains that this is possibly because methylation changes capture the person-specific impact of childhood trauma.

“DNA methylation has better predictive power because it’s not just saying whether a child experienced trauma, but rather it’s showing us how that child is responding to trauma,” he said.

The predictive power of the methylation risk scores could also be helpful in situations when a child’s trauma is difficult to assess with standard tools, such as in the case of sexual abuse or neglect, or when children are not able to verbalize the impact of traumatic events.

Looking ahead, the research team aims to test the methylation risk scores on a broad spectrum of populations to further evaluate their clinical potential.

“This study has shown that methylation biomarkers could potentially help identify those most at risk of experiencing trauma-related health issues,” van den Oord said. “If we can determine who is the most in need of preventive care, we can tailor their treatments and support networks to put them on the best path for recovery.”

About this genetics and psychology research news

Childhood trauma is robustly linked to a broad range of adverse outcomes with consequences persisting far into adulthood. We conducted a prospective longitudinal study to predict psychiatric disorders and other adverse outcomes from trauma-related methylation changes 16.9 years after trauma exposure in childhood.

The predictive power of the MRSs was higher than that of reported trauma and could not be explained by the reported trauma, correlations with demographic variables, or a continuity of the predicted health problems from childhood to adulthood. Rather than measuring the occurrence of traumatic events, the MRSs seemed to capture the subject-specific impact of trauma.

The majority of predictive sites did not remain associated with the outcomes suggesting the signatures of trauma do not become biologically embedded in the blood methylome. Instead, the long-term effects of trauma therefore seemed more consistent with a developmental mechanism where the initial subject-specific impacts of trauma are magnified over time.

The MRSs have the potential to be a novel clinical biomarker for the assessment of trauma-related health risks. 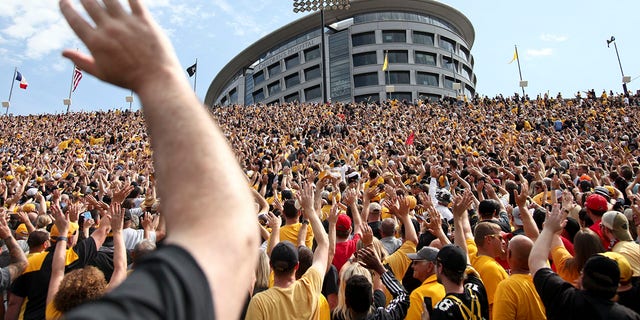