There were two thoughts pushing Kolt Codner forward in his first marathon race: his 4-year-old son Andrew’s fight against cancer and the hospital that provides him care.


Codner, of Poland, Ohio, ran 26.2 miles around Akron Children’s Hospital on October 17 to raise money for the hospital treating his son, who has 26 months left in his treatment.

In early May, Codner and his wife Tristan received a phone call that Andrew had a bed waiting for him in the hematology and oncology unit of the hospital.

A day that began as a visit to the pediatrician for Andrew’s swollen face had resulted in a diagnosis of acute lymphoblastic leukemia, a common childhood cancer.

Codner’s run served to show his appreciation to the hospital staff that has turned a traumatic experience like cancer treatment into one his young son faces bravely, Codner says.

“The folks at Akron Children’s have taken something that should be scary and terrifying and made it this amazing badge of honor to recognize the superhero that he is,” Codner told CNN. “We couldn’t think of a better thing to contribute to and spend time trying to help raise funds to ensure that all kids have access to the same amazing experience as Andrew has had at Akron Children’s.”

Codner participated in the race as part of the virtual FirstEnergy Akron Marathon, Half Marathon & Team Relay, which replaced the hospital’s yearly marathon due to the coronavirus pandemic. According to the virtual marathon guidelines, runners can race at any location or pace, and Codner decided to run his marathon around the hospital to spotlight their work.

On the day of the race, Codner wrote Andrew’s name on the top of his running shoes to keep him motivated. Friends and family were stationed outside the hospital to cheer him on, in a course that took 5 hours and 35 laps to complete. His son was even able to run with him across the finish line and award him a medal.

“To see him running and doing that last lap with me was just incredible,” Codner said.

By the end of the run, Codner had raised 10 times more than his initial goal of $1,000, according to a hospital press release. The fund has reached over $13,000 in donations and has expanded its window until November 30.

Dr. Megan Sampson, a pediatric oncologist who has treated Andrew at the hospital, praises the Codner family.

“It just amazed me that during this scary time that he was thinking about doing this,” said Sampson, referring to Codner’s run and the attention he has drawn to the hospital’s work.

Andrew’s prognosis is good and he’s responding well to the treatment he has received, but he still has a long way to go, Sampson says.

Day after kidnap of Telangana dentist, police rescue him, arrest 7

Sun Nov 1 , 2020
Rangareddy (Telangana) [India], October 29 (ANI): A day after a dentist was kidnapped from his clinic in Bandlaguda Jagir village of Rangareddy district in the wee hours of October 27, Telangana Police rescued him and arrested seven people on Wednesday. They also seized three cars, seven cell phones, toy pistols, […] 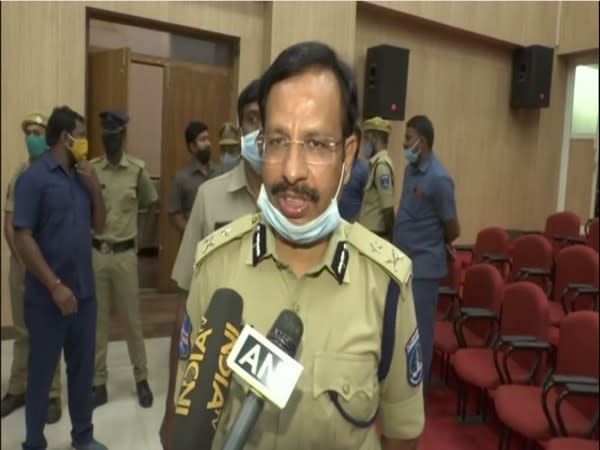