A British fitness influencer who is currently pregnant with her first child has stunned fans with her impressive baby “bump”.

Danni Levy is currently 23 weeks pregnant and has been documenting her surprise journey to motherhood after discovering she was expecting following fertility struggles.

The 38-year-old, who is also the editor of a British health magazine, follows a strict training regimen – but has opened up about the fears she’s faced as her body begins to change.

“My partner and I had thought we couldn’t have kids so it was a surprise,” she told The Sun.

“I found out I was pregnant at seven weeks – I took a test after suffering sickness on a flight home from LA.

“I was happy but I was also scared about the changes that would happen to my body.”

Danni isn’t alone. According to Better Health Vic, many women can feel uncomfortable or experience anxiety as a result of the changes that happen to their bodies during pregnancy.

While some pregnant women find it difficult to exercise for various reasons, Danni has maintained her fitness routine by adapting her workouts.

But her candid attitude to pregnancy has resonated with her 100,000 followers.

“I was scared I’d ‘get fat’ when I fell pregnant,” she wrote on a recent Instagram post.

“I was scared I wouldn’t be able to exercise well.

“I was scared I’d not be able to enjoy decent food.”

However she said all those fears were “myths” and in her case, she’s been able to keep active and feel her best since discovering she was expecting.

“Pregnant or postpartum women should do at least 150 minutes (for example, 30 minutes a day, five days a week) of moderate-intensity aerobic physical activity per week, such as brisk walking, during and after their pregnancy. It is best to spread this activity throughout the week,” according to the CDC

Guidelines vary for different stages of pregnancy and recovery, with benefits including lower risk of gestational diabetes, less back and pelvic pain and lower risk of incontinence.

Danni said she has noticed the health benefits of keeping active during her own pregnancy.

“Hill running and lifting keeps me and my baby healthy,” she wrote in a separate Instagram post.

“Do what feels right for you, but let me tell you, staying in shape at five months pregnant is not a crime! It’s not vanity; it’s self-care.”

“Nothing can stop this girl,” another remarked.

Others pointed out Danni’s “bump” was still barely noticeable despite the fact she’s entering her third trimester.

“OMG Danni you still look so ripped,” one said.

“Aww, look at the beautiful bump, shaping your gorgeous baby. How exciting,” another added.

While one said: “I admire this but at the same time I cannot believe it. I wish I’d look like this now, never mind when pregnant.”

Thu Sep 15 , 2022
NEWYou can now listen to Fox News articles! As the Senate midterm elections draw closer, media outlets have been forced to acknowledge Pennsylvania Democrat candidate John Fetterman’s health issues. In May, Fetterman suffered a stroke which forced him off the campaign trail in Pennsylvania for approximately three months. Since then, […] 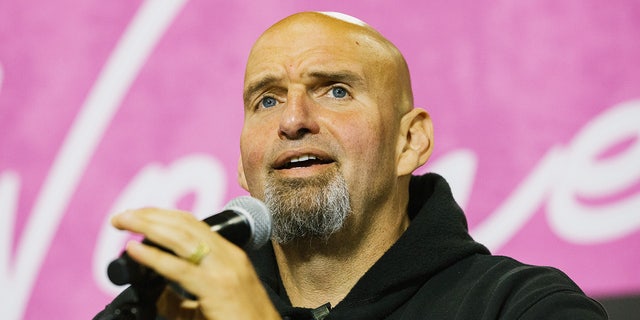