A chain of gyms in Ontario is facing a flood of feedback after asking its members to “stand up for fitness” by contacting their MPPs about the current strict limitations to indoor fitness as a result of COVID-19.

GoodLife Fitness sent an email to about 200,000 of its employees and members in the province, encouraging them to contact their local MPPs to push to reopen gyms.

“Between mandated shutdowns, capacity restrictions, and ongoing questions about the safety of fitness facilities, our industry is facing the most difficult time in its history,” the email reads.

The email, which was sent on Monday, included links to a downloadable template for the letter, as well as a website that helps identify your local MPP.

Some people took to social media to criticize — and defend — the email campaign.

Goodlife Fitness taking action and petitioning to open gyms again. Closing Toronto,Peel, York and Ottawa wasn’t stopping the numbers from rising. It’s been two weeks of it closed and the cases are at 1000?! Did they solve anything? Nope keep gyms open

In a global pandemic, Goodlife Fitness sent me an email to write to my MPP to re-open closed gyms. THERE’S NO CURE AND YOU’RE WORRIED ABOUT PEOPLE GETTING IN THEIR REPS ANS SETS?!?! https:// pic.twitter.com/fPUpy9mq4t

Shame on @GoodLifeFitness for emailing members to drum up support for reopening. Gyms aren’t safe even with all the hygiene theatre in place. Covid numbers are going wild, it’s time to get used to working out at home

Currently gyms located in hotspots across Ontario, like Toronto and Peel, are not allowed to operate under Stage 2 restrictions. As of October 10, fitness centres like indoor gyms and yoga studios were ordered to close for 28 days.

Jason Sheridan, senior vice-president of operations with GoodLife Fitness, says the idea of the email blast originally came as an initiative from the Fitness Industry Council of Canada. He says that the email was sent out after hearing from staff and members who wanted to know what they could do to make a difference.

“They wanted to know how to advocate on the behalf of the work they do, or the need that people have to have that space to exercise,” he tells Yahoo Canada. “When the Fitness Industry Council of Canada suggested it, we thought this was a great place to go. We want to provide this service of physical and mental health for people who want to get back to the gym.”

Two-thirds of GoodLife club members had returned to the gym prior to the Stage 2 restrictions, compared to membership numbers in March prior to pandemic-related shutdowns. The clubs have spent a lot of time and resources to make sure proper health measures were in place. With the gyms in hotspots closed and memberships frozen, the company is now facing many challenges, as there’s still expenses to cover.

“We want to look at this and see what we can do to re-open at the end of the 28 days and get back to business,” says Sheridan. “There’s a lot of things we’re doing to minimize the risk and we want the government to know that we’re there and we want to be a part of this.”

Sheridan says there’s been 10 million check-ins into GoodLife Fitness clubs since they reopened this summer. While there have been several cases of members and employees at the club who tested positive for COVID-19, he stresses that is unavoidable based on the nature of the virus.

“For every 100,000 check-ins, we’re seeing 1.6 cases,” he explains. “We haven’t had any public health authorities trace back any transmission to our clubs.”

Ontario isn’t the only province grappling with the challenges of no gym time.

In Quebec this week, gyms and gym-goers were facing hefty fines if they were found defying that province’s decrees. On Wednesday, provincial Health Minister Christian Dubé announced there would be a fine of up to $6,000 for anyone visiting places that were ordered closed due in an effort to control the spread of COVID-19. A group of gym owners had vowed to defy the closures, but have since backed down on their plan. Those who had planned to visit the fitness centres could have faced fines between $1000 and $6000.

Tue Nov 24 , 2020
This article is reproduced with permission from Scientific American. It was first published on November 19, 2020. Find the original story here. Two drug companies have now reported highly successful results from phase III trials of COVID-19 vaccines. On November 18 Pfizer and partner BioNTech said their vaccine was 95 […] 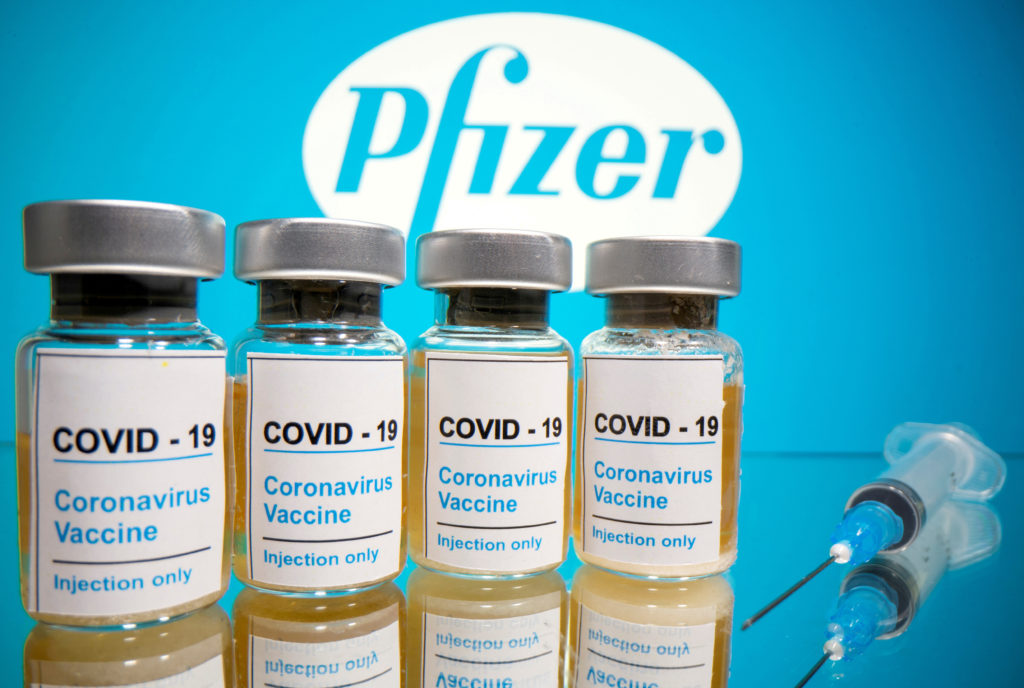