This article is part of Reopenings, a series about how businesses are operating during the pandemic.

Fillings, extractions, and cleanings are no longer relics of the Before Times. Dental practices in more than half the United States are reopening for business. But as one of the professions most susceptible to an illness that mainly spreads from one breather to the next, dentists have to rethink many of their practices in order to function during the coronavirus pandemic. Book an appointment now and you’ll immediately see the difference—if you can get one. “We’ve delayed treatments, which could lead to an emergency, so there’s a huge backlog of patients who need to be seen,” said Richard Nagy, a periodontist in Santa Barbara and the president of the California Dental Association. “Protocols will be different. Patients will be asked questions that they’ve never been asked before. Staff will be wearing more protective garments. It’s going to look different.”

Reopened offices will need a sanitation upgrade. Until COVID-19, practices followed protocols that are largely designed to stop the spread of bloodborne illnesses, because they were developed during the HIV/AIDS epidemic in the 1980s. But the way certain dental procedures can make saliva into aerosols makes dentists’ offices a prime environment for dispersing an airborne pathogen like the coronavirus. The coronavirus often infects people via saliva droplets; many dental instruments spray saliva, and the diseased particles can remain suspended in a mist for hours. Fillings, root canals, and other procedures that involve the use of drills and ultrasonic scalers, a cleaning tool that clears away tartar and plaque by vibrating, tend to produce aerosols. Teeth polishing can also result in saliva spray.

Here is how your appointment might go, from the moment you sit in the chair. You’ll likely have two people working on you at a time—a technique known as “four-handed dentistry”—in order to speed up the procedures and control the amount of spit that gets into the air. You may see a high-evacuation suction device, which looks a bit like a vacuum cleaner, near your face; it will draw in air from the general vicinity and remove infectious material. “It has an extension that we put right in front of the patient,” says Melisande Wolff, a dentist in West Palm Beach, Florida, who reopened her practice on May 4. “Any extra aerosol that gets past the suction devices that my assistant is already using will get picked up by that.” You also might spot HEPA air purifiers, which use a very fine mesh to catch particles.

Your dentist might have you wear a rubber dam over the bottom half of your face to isolate each tooth from saliva and cut down on spray. You’ll look like you belong in a David Cronenberg movie, but it’ll keep everyone safer. Grant Ritchey, a dentist in Lawrence, Kansas, who opened his practice on Wednesday, said he’s been having patients rinse with hydrogen peroxide before their appointments, since there’s been some evidence that it can kill the virus in the mouth. Dentist offices may also look a bit more sparse, since having as few items out as possible in the room can also help reduce the risk that they’ll come into contact with potentially diseased aerosols.

Between appointments, practices have been beefing up sanitation procedures as well, which will increase the amount of time dentists will have to wait to see the next patient and limit the number of visits they can have in a day. “It depends on the air turnover rate in the room,” Nagy said of the advisable wait times between appointments. “It could really be anywhere from 15 minutes to an hour.” Dentists typically sanitize their instruments and clean the seats between appointments, but now every surface needs to be wiped down, including countertops, due to the aerosols. “It’s really a matter of wiping things down and not getting secondary exposure by touching a doorknob after someone’s picked their nose and used it,” said Ritchey, who’s even had his office disinfect doorknobs after his patients leave the premises.

In normal times, dentists typically wear gloves, goggles, and surgical masks. Now they’re also wearing gowns, N95 masks, face shields, surgical caps, and shoe covers as well. “I really have to garb up. I feel like I’m entering Chernobyl,” said Ritchey. His and other dentists’ offices have been struggling to get their hands on the appropriate protective gear, though, given the ongoing nationwide PPE shortage. Ritchey even applied to get supplies from his county’s disaster relief office and is now on the waiting list. For the time being, his office is reusing disposable gowns and placing regular surgical masks over their N95s in an attempt to prolong their life spans. Wolff said she’s had to secure PPE by cold-calling suppliers, since the main manufacturers for dentists have a huge backlog. “There are limits. Every week certain suppliers say, ‘We can send you one pack of this and one pack of that.’ It’s a game of Tetris,” she said.

Don’t expect to see many other patients when you go. Dentists’ offices are promoting social distancing by reducing the number of patients they see at a time and avoiding double booking. Some open-concept offices, which place multiple patients in the same room, have had to adjust their layouts in order to prevent saliva droplets from drifting from patient to patient—for example, by spacing out chairs or placing partitions between them. Ritchey’s office is hanging clear painter’s dropcloths from the ceiling between chairs. He’s also removed all the magazines, toys, and couches from the waiting room and isn’t allowing patients to sit there before appointments. He’s not ditching every standby: You’ll still get a goodie bag of dental supplies when you leave (with a toy for patients who are kids), but now it’s been prepackaged.

Whatever the precautions, many people are likely to put off paying another visit to the dentist due to the risks involved—or because they can no longer afford it during an economic crisis. Wolff worries that this will allow small issues, like cavities, to grow into bigger ones. “Those who are losing their jobs are going to lose their dental benefits, and therefore they’re not going to seek treatment until they’re in pain,” she said. “We’re going to see a lot more root canals and extractions because they’ll just pop a little pill whenever they have discomfort.”

For more on the impact of the coronavirus, listen to What Next.

A Dentist And A Hygienist Describe How COVID-19 Disrupts Even Routine Teeth Cleanings | KCUR 89.3

Thu May 21 , 2020
Dental offices across Kansas closed for more than a month to make sure they weren’t using up critical personal protective equipment needed at hospitals. Now many are beginning to clean molars and bicuspids again. Brian Grimmett of the Kansas News Service spoke with David Lawlor, a dentist, and Julie Martin, […] 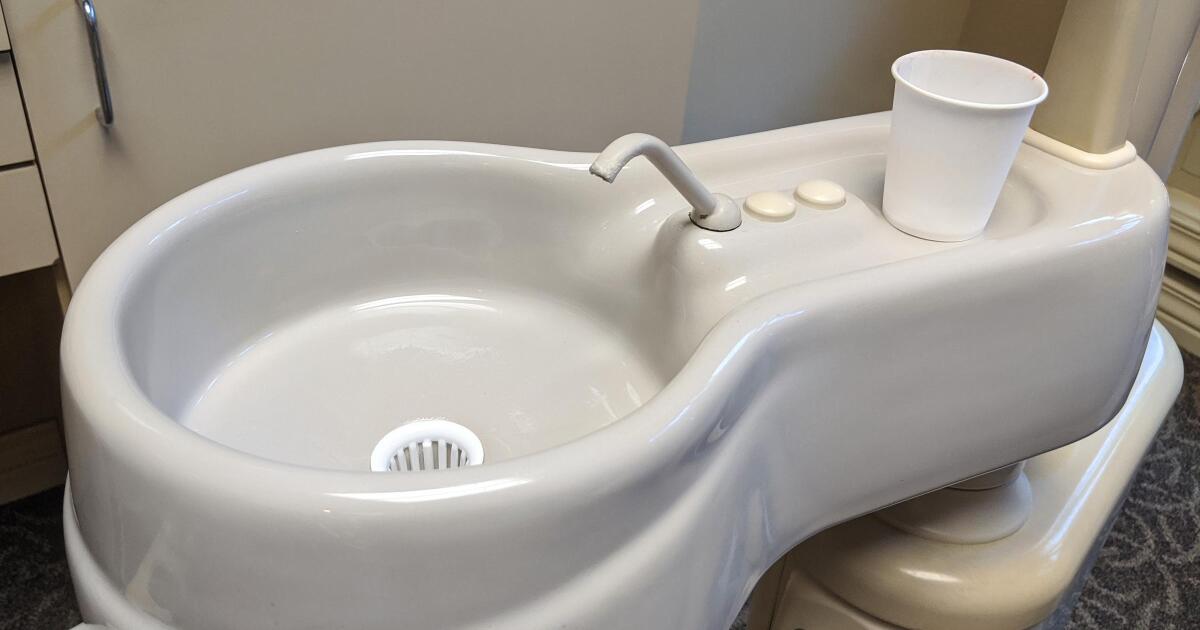