ISTANBUL (Reuters) – Istanbul’s mayor Ekrem Imamoglu said on Saturday he has been hospitalised after testing positive for coronavirus and suffering a fever.

“Yesterday evening around 9 p.m. I got a fever and with a temperature of 38 degrees. I came and spent the night in hospital,” he said in a video apparently filmed in a hospital room.

“Now I am actually well. My fever is not bad. The process is continuing. There is nothing that can be viewed as negative in a medical sense,” he added.

Istanbul’s American Hospital said in a statement that Imamoglu, an opponent of President Tayyip Erdogan, was admitted at 10 p.m. (1900 GMT) after displaying symptoms of upper respiratory tract infection. It said he tested positive for coronavirus and his treatment was continuing.

Imamoglu, from the secularist Republican People’s Party (CHP), was elected mayor in a re-run election in June 2019 in what was at the time a blow to Erdogan and his ruling AK Party.

Since then, there have been sporadic tensions between his municipality and the central government, including disputes over fundraising and measures to combat the coronavirus pandemic in the early stages of the outbreak.

Sat Oct 24 , 2020
A bright-yellow helicopter rose into a blue sky Friday carrying a COVID-19 patient from the Netherlands to a German intensive care unit, the first such international airlift since the pandemic first threatened to swamp Dutch hospitals in the spring. The clatter of the helicopter’s rotors as it lifted off from […] 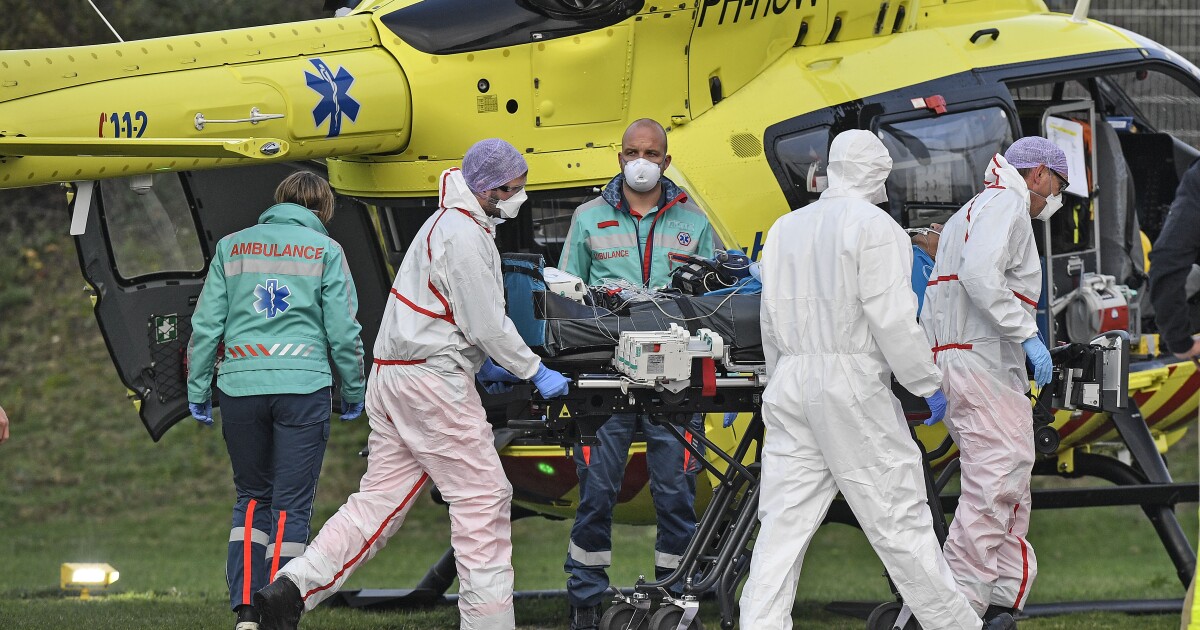