The beep of ventilators and infusion pumps, the hiss of oxygen, the whir of carts and the murmur of voices as physicians and nurses make rounds — these are the typical noises a premature infant hears spending the first days of life in the neonatal intensive care unit (NICU). While the sounds of such life-saving equipment are tough to mute, a new study suggests that some sounds, such as lullabies, may soothe pre-term babies and their parents, and even improve the infants’ sleeping and eating patterns, while decreasing parents’ stress (Pediatrics, 2013).

Researchers at Beth Israel Medical Center’s Louis Armstrong Center for Music and Medicine conducted the study, which included 272 premature babies 32 weeks gestation or older in 11 mid-Atlantic NICUs. They examined the effects of three types of music: a lullaby selected and sung by the baby’s parents; an “ocean disc,” a round instrument, invented by the Remo drum company, that mimics the sounds of the womb; and a gato box, a drum-like instrument used to simulate two-tone heartbeat rhythms. The two instruments were played live by certified music therapists, who matched their music to the babies’ breathing and heart rhythms.

The researchers found that the gato box, the Remo ocean disc and singing all slowed a baby’s heart rate, although singing was the most effective. Singing also increased the amount of time babies stayed quietly alert, and sucking behavior improved most with the gato box, while the ocean disc enhanced sleep. The music therapy also lowered the parents’ stress, says Joanne Loewy, the study’s lead author, director of the Armstrong center and co-editor of the journal Music and Medicine.

“There’s just something about music — particularly live music — that excites and activates the body,” says Loewy, whose work is part of a growing movement of music therapists and psychologists who are investigating the use of music in medicine to help patients dealing with pain, depression and possibly even Alzheimer’s disease. “Music very much has a way of enhancing quality of life and can, in addition, promote recovery.”

While music has long been recognized as an effective form of therapy to provide an outlet for emotions, the notion of using song, sound frequencies and rhythm to treat physical ailments is a relatively new domain, says psychologist Daniel J. Levitin, PhD, who studies the neuroscience of music at McGill University in Montreal. A wealth of new studies is touting the benefits of music on mental and physical health. For example, in a meta-analysis of 400 studies, Levitin and his postgraduate research fellow, Mona Lisa Chanda, PhD, found that music improves the body’s immune system function and reduces stress. Listening to music was also found to be more effective than prescription drugs in reducing anxiety before surgery (Trends in Cognitive Sciences, April, 2013).

“We’ve found compelling evidence that musical interventions can play a health-care role in settings ranging from operating rooms to family clinics,” says Levitin, author of the book “This is Your Brain on Music” (Plume/Penguin, 2007). The analysis also points to just how music influences health. The researchers found that listening to and playing music increase the body’s production of the antibody immunoglobulin A and natural killer cells — the cells that attack invading viruses and boost the immune system’s effectiveness. Music also reduces levels of the stress hormone cortisol.

“This is one reason why music is associated with relaxation,” Levitin says.

One recent study on the link between music and stress found that music can help soothe pediatric emergency room patients (JAMA Pediatrics, July, 2013). In the trial with 42 children ages 3 to 11, University of Alberta researchers found that patients who listened to relaxing music while getting an IV inserted reported significantly less pain, and some demonstrated significantly less distress, compared with patients who did not listen to music. In addition, in the music-listening group, more than two-thirds of the health-care providers reported that the IVs were very easy to administer — compared with 38 percent of providers treating the group that did not listen to music.

“There is growing scientific evidence showing that the brain responds to music in very specific ways,” says Lisa Hartling, PhD, professor of pediatrics at the University of Alberta and lead author of the study. “Playing music for kids during painful medical procedures is a simple intervention that can make a big difference.”

Music can help adult patients, too. Researchers at Khoo Teck Puat Hospital in Singapore found that patients in palliative care who took part in live music therapy sessions reported relief from persistent pain (Progress in Palliative Care, July, 2013). Music therapists worked closely with the patients to individually tailor the intervention, and patients took part in singing, instrument playing, lyric discussion and even song writing as they worked toward accepting an illness or weighed end-of-life issues.

“Active music engagement allowed the patients to reconnect with the healthy parts of themselves, even in the face of a debilitating condition or disease-related suffering,” says music therapist Melanie Kwan, co-author of the study and president of the Association for Music Therapy, Singapore. “When their acute pain symptoms were relieved, patients were finally able to rest.”

The healing power of vibration

At its core, music is sound, and sound is rooted in vibration. Led by Lee Bartel, PhD, a music professor at the University of Toronto, several researchers are exploring whether sound vibrations absorbed through the body can help ease the symptoms of Parkinson’s disease, fibromyalgia and depression. Known as vibroacoustic therapy, the intervention involves using low frequency sound — similar to a low rumble — to produce vibrations that are applied directly to the body. During vibroacoustic therapy, the patient lies on a mat or bed or sits in a chair embedded with speakers that transmit vibrations at specific computer-generated frequencies that can be heard and felt, says Bartel. He likens the process to sitting on a subwoofer.

In 2009, researchers led by Lauren K. King of the Sun Life Financial Movement Disorders Research and Rehabilitation Centre at Wilfrid Laurier University, in Waterloo, Ontario, found that short-term use of vibroacoustic therapy with Parkinson’s disease patients led to improvements in symptoms, including less rigidity and better walking speed with bigger steps and reduced tremors (NeuroRehabilitation, December, 2009). In that study, the scientists exposed 40 Parkinson’s disease patients to low-frequency 30-hertz vibration for one minute, followed by a one-minute break. They then alternated the two for a total of 10 minutes. The researchers are now planning a long-term study of the use of vibroacoustic therapy with Parkinson’s patients, as part of a new partnership with the University of Toronto’s Music and Health Research Collaboratory, which brings together scientists from around the world who are studying music’s effect on health.

The group is also examining something called thalmocortical dysrhythmia — a disorientation of rhythmic brain activity involving the thalamus and the outer cortex that appears to play a role in several medical conditions including Parkinson’s, fibromyalgia and possibly even Alzheimer’s disease, says Bartel, who directs the collaboratory.

“Since the rhythmic pulses of music can drive and stabilize this disorientation, we believe that low-frequency sound might help with these conditions,” Bartel says. He is leading a study using vibroacoustic therapy with patients with mild Alzheimer’s disease. The hope is that using the therapy to restore normal communication among brain regions may allow for greater memory retrieval, he says.

“We’ve already seen glimmers of hope in a case study with a patient who had just been diagnosed with the disorder,” Bartel says. “After stimulating her with 40-hertz sound for 30 minutes three times a week for four weeks, she could recall the names of her grandchildren more easily, and her husband reported good improvement in her condition.”

The goal of all of this work is to develop “dosable” and “prescribable” music therapy and music as medicine protocols that serve specific neurologic functions and attend to deficits that may result from many of these neurologically based conditions. Rather than viewing music only as a cultural phenomenon, Bartel says, the art should be seen as a vibratory stimulus that has cognitive and memory dimensions.

“Only when we look at it in this way do we start to see the interface to how the brain and body work together.”

Amy Novotney is a writer in Chicago.

Mon Apr 27 , 2020
ALL / ALL / If you or a U.S. citizen loved one become seriously ill or injured abroad, we can: Assist in locating appropriate medical services. Inform your family or friends, with your permission. Help transfer funds to the U.S. citizen overseas. We do not pay medical bills. Payment of […] 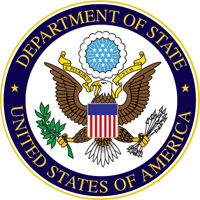