SANTA FE, N.M. (AP) — New Mexico is bracing for a rapid exodus of up to 100,000 people from subsidized Medicaid health care next year as the federal government phases out special pandemic-era spending and eligibility for the program, the state’s top health official told lawmakers Wednesday.

State health and welfare officials say the federal government appears likely but not certain to declare an end to its COVID-19 public health emergency in January, curtailing enrollment in Medicaid and leaving a $167 million annual gap in state general fund finances.

A legislative panel on Wednesday met to weigh the consequences. The Biden administration plans to give states 60-days notice before making the move.

At that point, Health and Human Services Secretary David Scrase said between 85,000 and 100,000 residents are no longer likely to qualify for Medicaid because of increased earnings as they rejoin the workforce. He said a reduction in supplemental assistance for food may also drive people back into the workforce and off Medicaid.

“We knew this would be coming some day and now it is becoming a part of our budget,” Scrase said.

State insurance regulators are preparing to help residents make the transition to insurance policies on the state’s health insurance exchange with a plan to waive the first monthly charge, according to a policy briefing from the Legislature’s accountability and budget office.

The state has a new stream of tax dollars dedicated to underwriting health-exchange insurance offerings for low- and moderate-income individuals, along with employees at small businesses.

It comes from a new 2.75% tax on health insurance premiums — the upfront payments made on behalf of an individual or family to keep insurance active.

New Mexico residents flocked to Medicaid insurance — for people living in poverty or on the cusp — during the COVID-19 pandemic, as the federal government temporarily boosted reimbursements to medical providers and extended eligibility for patients.

New Mexico officials say the state has the nation’s highest rate of enrollment in Medicaid, and its companion Children’s Health Insurance Program, with a June 2022 caseload of roughly 970,000 people out of 2.1 million state residents.

New Mexico is among the states around the country that have made it easier for new moms to keep Medicaid in the year after childbirth, a time when depression and other health problems can develop.

Scrase said the state hopes to soon provide continuous Medicaid enrollment for qualified children, to avoid intermittent lapses in enrollment that can interfere with regular medical checkups and immunizations. He said New Mexico would be the second state to adopt the practice.

Copyright 2022 The Associated Press. All rights reserved. This material may not be published, broadcast, rewritten or redistributed.

Fri Sep 23 , 2022
It’s like she’s four women in one — and loves them all equally. A fitness influencer shared four photos of herself taken within 24 hours to show how drastically different her figure can look throughout the day. Adriana Blanc, 24, is a women’s mental health and physical strength coach with […] 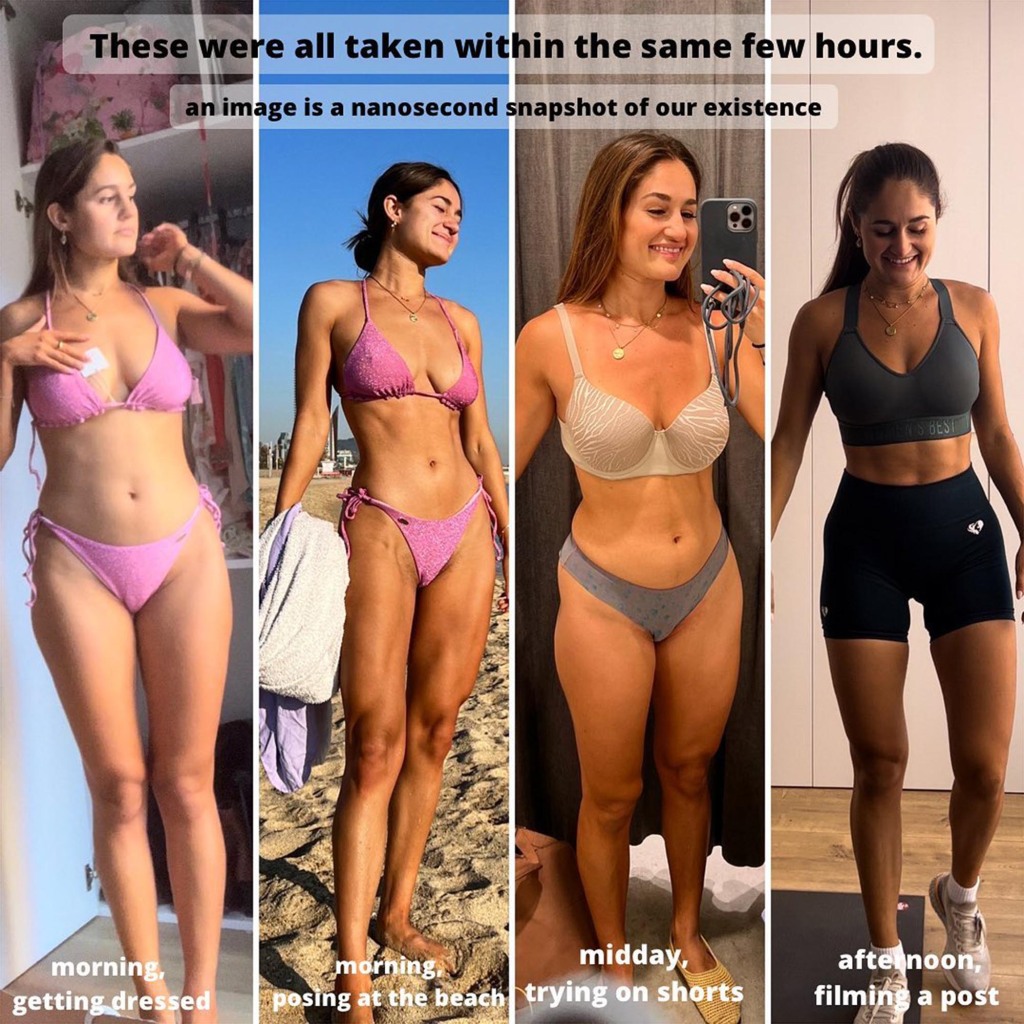