OAKLAND — The August killing of a beloved Chinatown dentist became even more shocking Friday: Hours after authorities announced the arrest of the woman’s 73-year-old companion for hiring her killer, the man died by suicide while in law enforcement custody.

Police said that the Aug. 21 killing of Lili Xu, 60 — thought by many at the time to be a robbery that ended in homicide — was allegedly arranged by the victim’s companion, Nelson Chia, 73, of Oakland, and carried out by Hasheem Bason, 33, who lives in Stockton, who fired the gun that killed Xu.

On Friday afternoon, a law-enforcement source confirmed to the Bay Area News Group that Chia had died by suicide around 2 p.m. He was in a holding cell at Santa Rita Jail at the time.

The killing, initially reported as being a robbery that turned deadly, drew intense attention both because of Xu’s prominence in the Oakland Chinatown community and due to fears of anti-Asian violence, stoked by earlier hate crimes in Oakland and other parts of the Bay Area.

Oakland police Chief LeRonne Armstrong said at a news conference Friday that as investigators probed the case, it “did not seem to be a typical robbery-related murder … something seemed to be off.”

“This is not a case about race or hate,” Armstrong said, “but about greed.” He did not elaborate on the possible financial motive behind the crime.

Alameda County District Attorney Nancy O’Malley said before Chia’s death became known that she expected to formally charge the defendants as early as Monday for what she called a “heinous, senseless crime.” She said she would likely charge both with murder, with enhancements for special circumstances: Chia sought financial gain as a result of the killing, she said, while Bason would face enhancements for lying in wait before the killing as well as seeking financial gain.

It was not immediately clear how Chia and Bason had originally come into contact, and police did not answer questions about their connection on Friday. The Association of Tennis Professionals Tour website lists a Hasheem Bason as having participated in pro tennis matches in 2007. Chia was a retired financial adviser.

Authorities declined to answer questions about any other potential suspects who might be linked to the case.

Chia told television station KGO that the details of the killing were “hazy in his mind” the day after the killing, A picture from a reporter at the station showed Chia with his head in his hands after watching surveillance video of the shooting.

Authorities have not said publicly why Xu was killed or what led them to Chia and Bason as the suspects.

Xu was fatally shot on the afternoon of Aug. 21 at the intersection of 5th Avenue and 11th Street, where she and Chia had gone to visit a spa.

Initial reports were that a suspect got out of a car and attempted to rob Xu of her purse before shooting her and fleeing in the vehicle. Chia was not injured.

Xu, who came to the United States from Shanghai in 1995, had lived in the area for decades. One patient and friend said after her death: She is just, to me, like an angel.”

The two had been partners for more than a decade and had lived together in a home in the Oakland hills, where Chia apparently was living at the time of his arrest.

Xu was a well-known and respected dentist who had practices in Oakland’s Chinatown and Castro Valley.

Bason, who was being held without bail, was set for arraignment next week.

If you or someone you know is struggling with feelings of depression or suicidal thoughts, the National Suicide Prevention Lifeline offers free, round-the-clock support, information and resources for help. Reach the lifeline at 988 or 800-273-8255, or see the 988lifeline.org website.

Mon Oct 31 , 2022
OAKLAND, Calif. (KRON) — The Oakland Police Department announced Friday that it made two arrests in the August killing of Oakland dentist Lili Xu. At a news conference Friday afternoon, law enforcement officials said that Xu’s killing was not a random act, or a hate crime, but rather a targeted […] 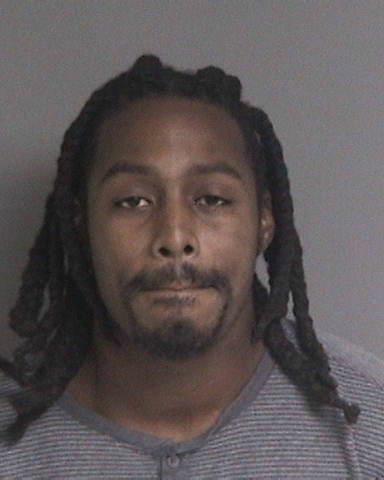