An obsessed patient once jailed for stalking his dentist with a ‘murder kit’ containing a crossbow, bleach and plastic sheeting is back behind bars after breaching a restraining order not to go near him.

He was jailed for 16 months for secretly following him with a boot full of weapons capable of causing ‘serious harm’ and logging his movements over a four-year period.

When he was released from that sentence last month, the 42-year-old was ordered to stay away from Dr Hutchinson but flouted it weeks later when he was spotted by a police officer cycling past the surgery.

Prosecutor Nigel Fryer told Cardiff Crown Court that Baddeley developed an ‘obsession’ with Dr Hutchinson while he was a patient of his between 2012 and 2016 in Bristol.

He also made ‘bizarre’ complaints about Dr Hutchinson during this period before their contact broke off.

Baddeley was first caught by police in November 2019 after a member of the public reported him acting suspiciously in his parked car – one of over 30 vehicles he bought to limit the chance he’d be recognised by Dr Hutchinson – near the orthodontist’s home in Monmouthshire.

Mr Fryer said: ‘A member of the public contacted the police because she became very concerned by his demeanour. On this occasion he was wearing a balaclava.

‘Police searched his car and found a knife, a crossbow, bleach and a hammer, and his car seats were covered in plastic sheeting. In short the collection was extremely sinister.

‘When Baddeley’s home was searched, numerous logs of Dr Hutchinson’s movements were found.’

They also found a ‘sinister’ document counting down to something Baddeley referred to as ‘The Event’, the details of which were never specified.

Baddeley was handed a 16-month prison sentence in August along with handed an indefinite restraining order after he pleaded guilty to possession of an offensive weapon, possession of a bladed article, and stalking.

But the court heard he had in fact been released from custody the very same day he was sentenced because of the time he had spent on remand, unbeknownst to his victim.

He was caught by officers riding a bicycle after being recognised by them despite wearing a baseball cap, a facemask and dark sunglasses.

Mr Fryer said: ‘It is not an understatement to say that this had a profound effect on Ian Hutchinson.’

A victim impact statement read out in court heard Dr Hutchinson, 52, say he had been forced to change his lifestyle and routines in fear of being cornered by his stalker, and feared what Baddeley would have done to him.

He said: ‘I’d thought about what if he’d been able to get into the practice, what he would have done to the staff or any patients. This makes me feel upset.

‘I have been a dentist for 30 years. This is not something I thought I would have to consider.’

He said the incident had also led to his long-term partner leaving him, with some of the reasons including not feeling safe within his home and potential reprisals from Baddeley.

Dr Hutchinson added: ‘This has affected my mental health considerably. I have become very irritable and short-tempered. I am still waiting for counselling to help with my mental health.

‘I struggle to sleep at night, and I’m constantly looking over my shoulder for things that seem out of place.’

He said: ‘My life has completely changed.’

Lucy Crowther QC, defending Baddeley, said the stalker did not accept he had ever made bizarre requests to Dr Hutchinson during his treatment, which included demanding some removed teeth were reinserted into his mouth.

But she added: ‘He does, however, quite accept that he was very concerned about the quality of care and treatment that was provided to him by Dr Hutchinson.’

Ms Crowther said Baddeley continued to claim the weapons found in his boot were not there for a ‘sinister purpose’, and that his stalking of the dentist ‘became something of a hobby, and something he found gratifying in its own right’.

Judge Tracey Lloyd-Clarke told Baddeley though there was no specific reference to what ‘The Event’ in his notes meant, ‘at the very least there was a plan to cause him substantial harm, if not to end his life’.

She said pre-sentence reports compiled for him ‘lead me to the conclusion it will be quite some time before your obsession with Dr Hutchinson subsides’.

Baddeley, from Montpelier, Bristol, was jailed for two years and told any further breach of the restraining order carried a term of five years imprisonment.

After the sentencing Detective Constable Ceri Parker of Gwent Police said: ‘No person should have to live with the fear associated with the offence of stalking as Baddeley’s victim has.’

For more stories like this, check our news page.

Get your need-to-know
latest news, feel-good stories, analysis and more

When modern medicine flounders, should traditional healers fill the void?

Thu Oct 29 , 2020
A practitioner of traditional healing dries medicinal plants and herbs in her courtyard. Photo by: Bioversity International / B. Sthapit / CC BY-NC-ND KATHMANDU, Nepal — In 2004, Dr. Robin Basnet was the first medical doctor to be stationed at a remote health care center in the Solukhumbu district of Nepal […] 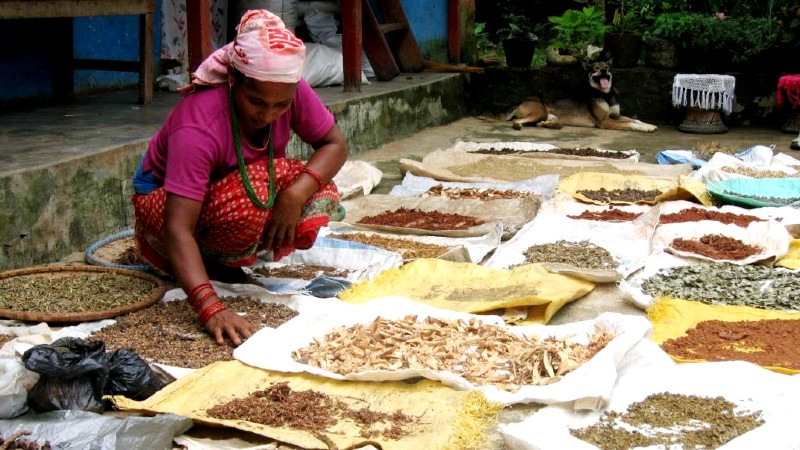