There is nothing normal in the world of 16-time World Series of Poker winner Phil Hellmuth, and he wouldn’t have it any other way. Imagine former President Barack Obama checking to see how you’re doing in a poker tournament, or emceeing an event for Tiger Woods, having Michael Jordan track you down to ask you how it’s going at the World Series, or Elon Musk making an appearance at your book launch party.

Phil Hellmuth is very mindful about sounding braggadocious or egotistical, but when the surreal happens regularly, what’s the fun in keeping these moments to yourself?

One sense of normalcy the poker great can relate to is making sure his health is a priority. A few years ago, he noticed that he had gotten past his comfort zone in his waistband and decided to act. With a yearly packed schedule and several high-stake tournaments, he’s continuing to fine tune his habits to keep himself at a weight he’s comfortable with. Phil Hellmuth chronicled his current journey with Muscle and Fitness. The poker legend also discussed why he found keto works best for him, why a good workout helps gives him his best chance at winning and why trying to maintain normalcy in a life that is anything but normal is always a work in progress.

I hit an all-time high of 256 about three years ago. I had been very steady in between 238-244 forever. My friend Bill Gurley called me and told me he was doing keto and how well it was working. He sent me a book and I said I would try it. For the first three days of keto, I was shaky because I just craved sugar and I had gone cold turkey on it. Once that passed, I felt I didn’t need sugar anymore. I went from 256 all the way down to 227. That was during the World Series of Poker, which is two months long for the great players. It’s seven weeks and you play every day to win world championships.

I was playing pretty well, and I figured I could come off of keto. I came off of it and four days later, I won a bracelet, and it was like, what the? I thought I was playing better on keto, but I won a bracelet while off of it. Of course, it was probably just random and then I lost my motivation for keto because you think 45 days of playing poker and no bracelets. I come off keto and I win a bracelet. What they don’t tell you about the other side of keto is you gain weight quickly on the way back. I got up to 265 and then I had to make a decision.

In my most recent iteration of keto, I hit 270 pounds, and this was in February. I didn’t know if I would win anymore bracelets, but I knew it could affect how long I could live if I stayed at 270. I’m 6’5” so 270 looks OK on me but I don’t know if it feels good to anybody. I went back on keto, and I got back down to 245. I also understand that there’s a methodology there and once I got there, I wanted to stay there. I didn’t want to go to 227 again and 244 was the actual goal. From that point it’s interesting because you have to figure out how to mix carbs back in and the amount of carbs. During the World Series, I was out of keto, which was June to July. I weighed myself recently and I was 251, so I’m going to stay in keto for a little while and do the best that I can.

Waiting On the Doctor’s Draw

I tried other methods — I tried eating less and none of the other things worked. People kept telling me it’s not if you work out or not, it’s what you eat, and I didn’t really believe that. Now, I’m pretty convinced that’s reality probably for the most of us. Upon waking up, I’m pressing the Door Dash button and I’m ordering a sugar-free vanilla latte. I also bought every kind of sugar-free candy you could imagine and that comes by Amazon. Eating the sugar-free candy for rid of all of my cravings. The trick is not to eat too much of those. It’s like if you eat too much fiber, you’re probably not going to smell too good later. Now, I know what I can and can’t eat. I order pizzas now that are keto. I just scrape the topping off and that’s all the good stuff. There are ways make it easy. I still eat a lot of meat and fish. For a guy that’s still eating a lot of fats, when my dr. Draws my blood during checkups, it looks really good.

Phil Hellmuth Goes All In on The Keto Diet

My wife does this, and she talks about fasting. I think it’s supposed to be an eight-hour window. I was doing that naturally but with keto, I was eating one meal a day because I was never hungry. Now, I’m doing three small meals a day and I eat when I’m hungry. I say no to stuff with sugar in it. If I’m going to be on a plane, I’ll have a cheeseburger with everything on it, but just no bread. Another thing I found is that working out changed my life a lot. I sleep better and I try to work out every other day.

During this [year’s] series—which I finished second—I worked out every morning. My body was really sore because I’m 58. Workouts clear my mind and there’s this huge benefit to working out. You sleep and play better. I was at my niece’s wedding recently and on the wedding day, I was exhausted from the series. I worked out before the ceremony, and it gave me energy for the day. I think workouts are super beneficial for me and on those rare occasions where I have two to three hours of sleep – which happens a couple of times throughout the year – I’m going to get up and work out because that carries me throughout the day. They’re extremely important to help give me the best chance of winning at poker, my clearest mind and great sleep. Sometimes, I’ve gone back and forth for more than 25 years. I’ve been a pro since I was 20 but I’m convinced working out always helps me, it never hurts me.

Other than the World Series, which is two months, I’m traveling about 50 percent of the time. I’ve been very happily married for 32 years. Me and my wife are very independent and I’m stupidly loyal to my wife and famous for never cheating on her. It’s something I talk about way too often and I’m proud of it. When you become rich and famous and you’re on TV all the time, the temptations go way up.

Back to the travel, I’m also very busy. I’m an adviser to 14 different companies. I host TV shows. Golf Digest is flying in and we’re going to Shadow Creek and that’s Michael Jordan’s favorite course. I’m lucky to have a locker there and it’s a world-class golf course. I write scripts for the World Poker Tour and then I perform them. Then it’s Live at the Bike and then I play a $5,000 buy-in World Poker Tour Tournament. There’s a lot of travel but you become accustomed to it.

Coping With The New Normal

It’s a little mind-blowing and when it first starts happening, you’re just flattered. That just keeps ramping up over the years and I wasn’t expecting that to keep ramping up. The normal trajectory is people become famous and then they fall off of the map, but I’ve been at the forefront of poker for a while now. Other people’s answers may vary, but I think I’ve earned the right to call myself the all-time greatest poker player, which has been my goal since I was 19. My goal is to become the greatest of all time in poker. I have 16 World Series wins and there’s three guys that have 10, so I’m way ahead there. I’ve also had a super-hot year. I made 14 top nines in the biggest meaningful tournaments and no one else has done that. It’s one thing to be the greatest of all time or a legend. It’s another thing if you’re still the greatest today.

I’m not saying I’m the greatest today, but I sure have the greatest record in the last year. You can lose track of normalcy. I went to my 30th high school reunion and after a few moments, I left. I was bound and determined to go to my 40th and my sister tells me that, “You’re just not normal. Just make sure you don’t talk about yourself too much.” I had already had that observation and that’s what you struggle with when you keep doing great things. We’re not made for adulation and people coming up to you telling you how great you are every day. It’s taken me a long time to get a handle on this.

Now, if something mind-blowing happens, the ego cycle lessens. Each moment lessens and you realize the concept of keeping your head down instead of focusing on all the adulation and praise. If your head is down, you’re focused on doing the best you can. The very reason you have the fame and people want to be around you is because of the great results you make within your industry. I don’t think I can ever be normal, and I don’t want to be normal, but I also don’t want to be perceived as an egomaniac. Once people see through the talking about myself, they see that I’m a good guy and I’ve made some really good friendships. Occasionally, I still do lose it some with the ego, but we’re all works in progress. 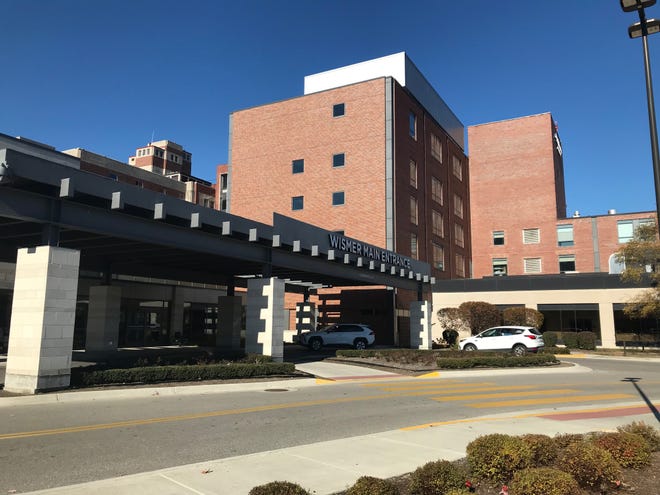