A three-year journey to reimagine a Town of Tonawanda community recreation center will end this week when the facility reopens to the public with improved pool and gym areas.

The Town of Tonawanda Aquatic & Fitness Center, which a town official said is losing about $600,000 annually, begins a fresh chapter at 5 a.m. Tuesday after a monthlong shutdown to complete improvements the town hopes will position AFC as a desirable alternative to nearby chain gyms.

“It will have a better vibe to attract young folks and families,” said Carl Szarek, a Town of Tonawanda councilmember and chairman of the Youth, Parks and Recreation Department committee that led the overhaul.

The facility’s footprint was expanded by a third, Szarek said Saturday, and gym locker rooms were demolished, walls removed and exercise equipment spaced out to create a more open concept. Szarek said members appreciated more space when AFC reopened its gym in June 2021 after more than a year closed.

Turf has been installed as a softer surface to support a variety of workouts in the gym area and aging cardio machines were replaced. Szarek said the workout area now has 10 treadmills plus a single-occupancy gender-neutral restroom.

Szarek said the town board approved $240,000 for the AFC rehab project, and his team was able to keep costs down by having the Youth, Parks and Recreation Department handle the work instead of paying a contractor. “The public loves it because they see our people doing the work,” Szarek said.

The 30-year-old center is showing its age and has lost hundreds of thousands of dollars annually amid a fierce competition with privately operated gyms in the area.

Responding in 2020 to dwindling membership, outdated equipment and an extensive closure due to Covid-19, then-Youth, Parks and Rec chairman Bill Conrad sought community feedback in public meetings. When Conrad was voted into the state assembly late that year, Szarek and Mark Campanella Sr. took on the project at Sheridan Drive and Delaware Road – and sought help through an outside evaluator.

They took the results from an analysis by Power Wellness, an Illinois-based business consultant, to develop a three-pronged operations plan with wellness, family and outdoor aspects. For wellness, the town has hired a nutritionist to serve the AFC, and Szarek said meetings are scheduled this week with local hospitals to consider potential patient rehabilitation partnerships. Power’s overarching philosophy leans toward that of a medical fitness center.

To entice families, Szarek said a room has been designated for kids’ birthday parties or business meeting rentals alike, while family programming will be augmented on weekends – to address another criticism from Power’s assessment last year. The Ken-Ton School District has offered memberships to its employees, too, Szarek said.

Plans are underway for a second phase to spruce up the outdoor area around the AFC, Szarek added. He expects state money to help the town build a bandshell, performance stage and rentable pavilion for parties to create more of a “town square setting,” the councilmember said.

The facility’s “crown jewel” remains the aquatic center, a $4 million government-funded project that helped Western New York’s bid for the 1993 World University Games. Its Olympic-sized pool has remained popular with the area’s senior citizen community and competitive youth swim groups alike, even as it fell into slight disrepair. The pool portion of the AFC opened just five months after the pandemic began, a much shorter span than the gym’s closure.

Equipment such as water bikes and an inflatable obstacle course for kids to play on were added last year to broaden water-related activities.

“It’s one of the best pools in Western New York,” Szarek said. “We’re lucky in Tonawanda that we have something like this.”

Admission to the AFC will be free for the first two weeks, Szarek said. More information can be found by clicking “aquatics & fitness center” under the Youth, Parks and Rec tab at tonawanda.ny.us.

The smart way to start your day. We sift through all the news to give you a concise, informative look at the top headlines and must-read stories every weekday.

Sun Sep 11 , 2022
A few examples: Nearly 14 million adults age 60 or older qualify for aid from the federal Supplemental Nutrition Assistance Program (also known as food stamps) but haven’t signed up, according to recent estimates. Also, more than 3 million adults 65 or older are eligible but not enrolled in Medicare […] 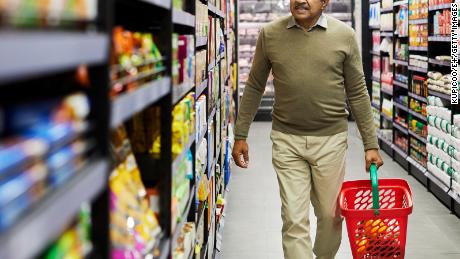