As kids return to school this fall, educators are prepared to deal with the continued mental health fallout of the disruptions of the pandemic.

As kids return to school this fall, educators are prepared to deal with the continued mental health fallout of the disruptions of the pandemic.

As the new school year begins, teachers at many schools across the country are adding a new component to their routines: a mental health check-in with their students. The idea is to open up conversations around how kids are feeling emotionally, and to connect them to help before issues escalate to a crisis.

“I’ve been really impressed with the proactive position that school systems have taken,” says Dr. Tami Benton, psychiatrist-in-chief at the Children’s Hospital of Philadelphia, and the president-elect of the American Academy of Child and Adolescent Psychiatry.

Many schools that Benton works with are spending less time focusing on academics in the first few weeks of the school year, and more time checking in on kids’ mental health and school readiness. “They’re actually starting to develop their own approaches to assessing the social-emotional development status of kids,” she says.

The new approach comes after two and a half rocky years of pandemic, with kids’ lives disrupted by bouts of remote schooling and many families in economic stress, which worsened the already shaky state of children’s mental health in the U.S.

In 2020, the CDC reported a greater proportion of kids showing up at emergency rooms in a mental health crises: serious suicide attempts, eating disorders, aggressive behaviors.

“The thing that’s most concerned us was really the number of significant self-harm and suicidal ideation that we’ve seen in an emergency room,” says Dr. Smriti Khare, pediatrician and the chief mental and behavioral health office at Children’s Wisconsin, in Milwaukee, which saw a 40% rise in visits to the ER after the start of the pandemic in 2020 compared to the year before.

In the fall of 2020, three professional organizations including the American Academy of Child and Adolescent Psychiatry declared the state of children’s mental health a national emergency.

And last fall, when kids returned to classrooms after a year of virtual learning, schools had hoped the return to in-person teaching would ease kids’ emotional troubles, but they saw the opposite.

“We had a lot of kids with elevated levels of anxiety and stress, and we were seeing students manifesting mental health symptoms that had not existed prior to the pandemic,” Robert Mullaney, superintendent of Millis Public Schools in Massachusetts. “We had an increase in suicidal ideation.”

These experiences primed educators to be proactive at the start of school this year.

Fallout from a national crisis

In the 2021-22 academic year, 76% of public schools in the country reported increased concerns around students showing symptoms of anxiety, depression and trauma, according to the National Center for Education Statistics. And only about half the schools said they were equipped to address students’ mental health needs.

Life may be starting to get back to normal but many kids are struggling to feel motivated – a result of the trauma and chronic stress they have experienced in the past two years, says Dr. Vera Feuer, a child and adolescent psychiatrist at Cohen’s Children’s Medical Center in Long Island, who oversees the hospital’s emergency psychiatry, urgent care and school mental health services.

“So, really having this after-effect, where there is numbness, lack of motivation, not feeling like we can get back into those routines. It might still be a lingering effect from that initial stress and trauma,” she says.

Many American families are still under financial strain, creating parental stress which has a big impact on children, says Kendall Roach, a therapist in Jefferson City, Missouri, who works with kids through the telehealth company, Babylon Health. Others have lost homes, adds Roach.

“I have kids that I see who are technically homeless,” she says. “They’re living in tents. They’re waking up and going maybe to a family’s house to get their shower, and hopefully a hot breakfast and then going to school.”

In fact, new data shows a stark decline in test scores among school kids during the pandemic, the largest drop in reading scores in 30 years.

“I have a third grader who has to be reading to learn,” says Elisa Villanueva Beard, the CEO of Teach for America, which primarily serves marginalized communities. “But I also know that my son cannot be reading unless he is happy, in a state where his brain allows access to learning. And that means that we’ve got to tend to our kids, and meet them where they are.”

That realization has pushed schools to be better prepared to pay attention to student mental health. And many have worked closely with health care providers to educate staff on ways to incorporate mental health discussions into their daily routines.

“We’ve spent a lot of time through the year as well as through the summer trying to be available for teachers, administrators as well as parents to figure out how to help them, give them tools to help [students] cope,” says Khare.

“We have to actually equip our teachers to be able to approach classrooms in a trauma-informed way,” says Villanueva Beard. “What that would mean is that a student walks into a classroom and the teacher has set up a system where they’re able to get on a device and right away share how they’re feeling.”

That’s exactly what psychologist Janice Beal advised teachers in schools in Houston that she works closely with.

“Every morning, [for] 5 minutes, check in with the students and have everybody share how they’re feeling for that particular day,” she says.

It’s not that she thinks teachers – who’ve already stepped up and done more than ever before during the pandemic – should now become mental health professionals, explains Beal.

“We want you to be able to understand what mental health concerns may be in your classroom and to be able to recognize them, so that you can refer them for help.”

Schools in New York have integrated mental health discussions and healthy habits as “sort of a fabric of the day,” says Feuer

“For example, in a classroom, allowing time for kids to take a moment, to focus, to recognize, to have the space where they can express concerns,” she explains.

Schools are also helping students, especially younger ones learn to label emotions and talk about emotions. And teachers “listen to them with an empathic ear,” she adds.

“Unfortunately, there have been so many other things that have shaken kids’ sense of safety when it comes to being in schools, including, gun violence at the end of the year,” she adds.

So, having more of these open conversations around mental health will help kids cope better.

But schools also need additional resources to connect kids who are struggling to mental health care.

“We’ve just heard from more and more teachers that they’re really struggling to meet the mental health needs of kids in the school setting,” says Benton.

The recent influx of federal dollars to provide school based mental health care has certainly helped, she adds.

Mullaney says he was able to hire more behavioral and mental health professionals in the past year to address growing needs of his students. But he knows many school districts who are still struggling to attract new staff.

Today, the US Department of Health and Human Services announced additional $87 million in grant funding to address youth mental health, including for school-based mental health.

However, school districts around the country are just starting to tap into some of these recent funding. “I think it’s going to take a while before we see implementation and change related to those things,” says Benton.

But she is hopeful that this national attention, the bipartisan support in Congress in addressing youth mental health, and the more open conversations on the topic will start to help kids most in need.

“People are involved, people are engaged, new projects are happening,” says Benton. “People are experimenting with new methods for providing care. More young people have become involved as advocates in their own mental health care. So I think all of the activity has really made a difference in supporting children’s mental health.”

Crash on Route 301 sent 2 to hospital 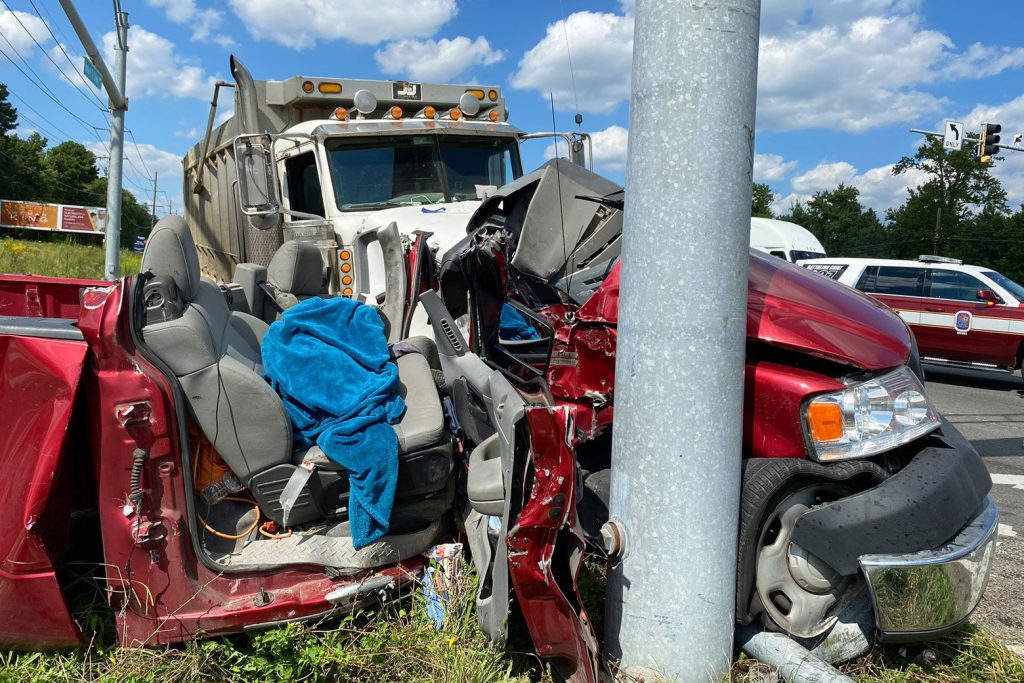