Researchers have compared the ability of four self-reported questionnaires to predict moderate to severe obstructive sleep apnea (OSA) in patients who have undergone bariatric surgery and conclude that two tools — STOP-BANG and NO-OSAS — “may be preferable.”

The other two — No-Apnea and the Epworth Sleepiness Scale (ESS) — were not found to be of use.

However, one expert thinks the accuracy of all these self-reported questionnaires in predicting OAS in the bariatric surgery population “is pretty poor — 50%-69% — which is not much better than a coin toss,” said Dennis Auckley, MD, director, Center for Sleep Medicine at MetroHealth Medical Center, Cleveland, Ohio.

But lead author Kimberly Y. Kreitinger, MD, said, “In institutions in which routine administration of sleep studies is not feasible, our study supports the use of STOP-BANG and NO-OSAS.”

STOP-BANG (which uses a cut-off score ≥ 4) and NO-OSAS may be preferable to No-Apnea and ESS due to their higher specificities and sensitivities, Kreitinger, an internist at UC San Diego, California, told Medscape Medical News in an email.

She presented these findings at the ObesityWeek® Interactive 2020 meeting. The study was one of four winners of an Obesity journal competition and was published online in the November issue of the journal.

“Given that undiagnosed sleep apnea is a risk factor for adverse perioperative outcomes, I would advocate for screening for sleep apnea before bariatric surgery,” Kreitinger pointed out.

“Sleep apnea has health implications beyond surgery, such as being a cause of resistant hypertension and a risk factor for cardiovascular disease,” she noted.

Auckley coauthored an accompanying editorial that described the study as “a wake-up call.”

Still, he says, these self-reported “questionnaires are simply not accurate enough in this patient population to substitute for objective testing,” and they are not used at his institution.

“Rather, we have all bariatric surgery candidates undergo objective sleep testing (either a home sleep study or in-lab polysomnography). I think this study would support our current practice.”

And he emphasized that bariatric surgery is elective, and not urgent, so there is plenty of time for presurgery sleep studies, and with home testing, the cost has dropped significantly.

Nevertheless, although “objective testing is ideal,” he did concede that “some screening is better than none,” if the former is unavailable.

Kreitinger and colleagues found STOP-BANG and NO-OSAS had a higher specificity (lower false-positive rate) than the other two questionnaires, but “my bigger concern is false-negative screens,” said Auckley.

“Questionnaires do not diagnose OSA, they can only screen for it,” Auckley stressed. “You will miss a lot of cases of OSA with these screening tools, since many patients with OSA will screen negative.”

And although the investigators focused on detecting moderate to severe OSA, “the no/mild OSA group still had significant disease (average lowest oxygen saturation 85%), which may be a problem going into surgery,” he pointed out in an email to Medscape Medical News.

How Do These OSA Screening Tests Perform in Bariatric Surgery Patients?

To explain why they performed their study, Kreitinger and colleagues say, “Several questionnaires [have been] developed for OSA screening, but their value in the bariatric population” has not been clear, and further validation was required.

They performed a retrospective review of 214 patients who had bariatric surgery at their institution during 2015 to 2019 and had had an objective sleep study in the prior year. Two thirds had routine laboratory polysomnography and a third had home sleep testing.

The objective sleep tests revealed that 66% of the patients had moderate to severe OSA (> 15 apnea or hypoxia episodes/hour of sleep) and the rest had no or mild OSA (fewer episodes).

Investigators then validated the ability of the four self-screening tools (Table 1) to predict OSA in the patients with moderate to severe OSA (Table 2).

The optimal cut-off for predicting OAS using the STOP-BANG tool was a score ≥ 4 (rather than ≥ 3).

There were no differences in the ability of the screening tools to predict OSA in terms of sex or ethnicity.

“The ideal approach to OSA perioperatively remains unclear, but our data suggest that STOP-BANG and NO-OSA may be useful screening tests for OSA in the bariatric patient population across diverse racial/ethnic backgrounds if the goal is to optimize both sensitivity and specificity,”  the researchers say.

The 2019 updated guidelines for prebariatric surgery patients (cosponsored by the American Association of Clinical Endocrinologists, The Obesity Society, American Society for Metabolic & Bariatric Surgery, Obesity Medicine Association, and American Society of Anesthesiologists) states that “cardiopulmonary evaluation with sleep apnea screening” is recommended, but does not offer details as to what they consider that screening to be.

The self-reported questionnaires take less than 2 minutes to complete, but most require a neck circumference measurement, which can’t be done over the phone.

At their institution, Auckley says, “If a patient is found to have OSA prior to surgery, particularly moderate to severe, we make every effort to get them on continuous positive airway pressure (CPAP) treatment” before, during, and after surgery. “There are very limited data to suggest this may help, but we don’t really know for sure.”

“Another important aspect to perioperative care [is], if a patient is found to have OSA, to limit opioid use as best able, elevate the head of the bed as able, and consider enhanced monitoring after surgery (continuous oximetry +/- CO2 monitoring).”

The study was funded by the National Institutes of Health. The authors and Auckley have reported no relevant financial relationships.

Thu Nov 19 , 2020
The Oregon State Hospital didn’t have a patient test positive for coronavirus until eight months into the pandemic. But some staff members are concerned that administrators still don’t have a plan, nor enough staff, to handle a COVID-19 outbreak at the psychiatric facility. Union leaders from the state hospital sent […] 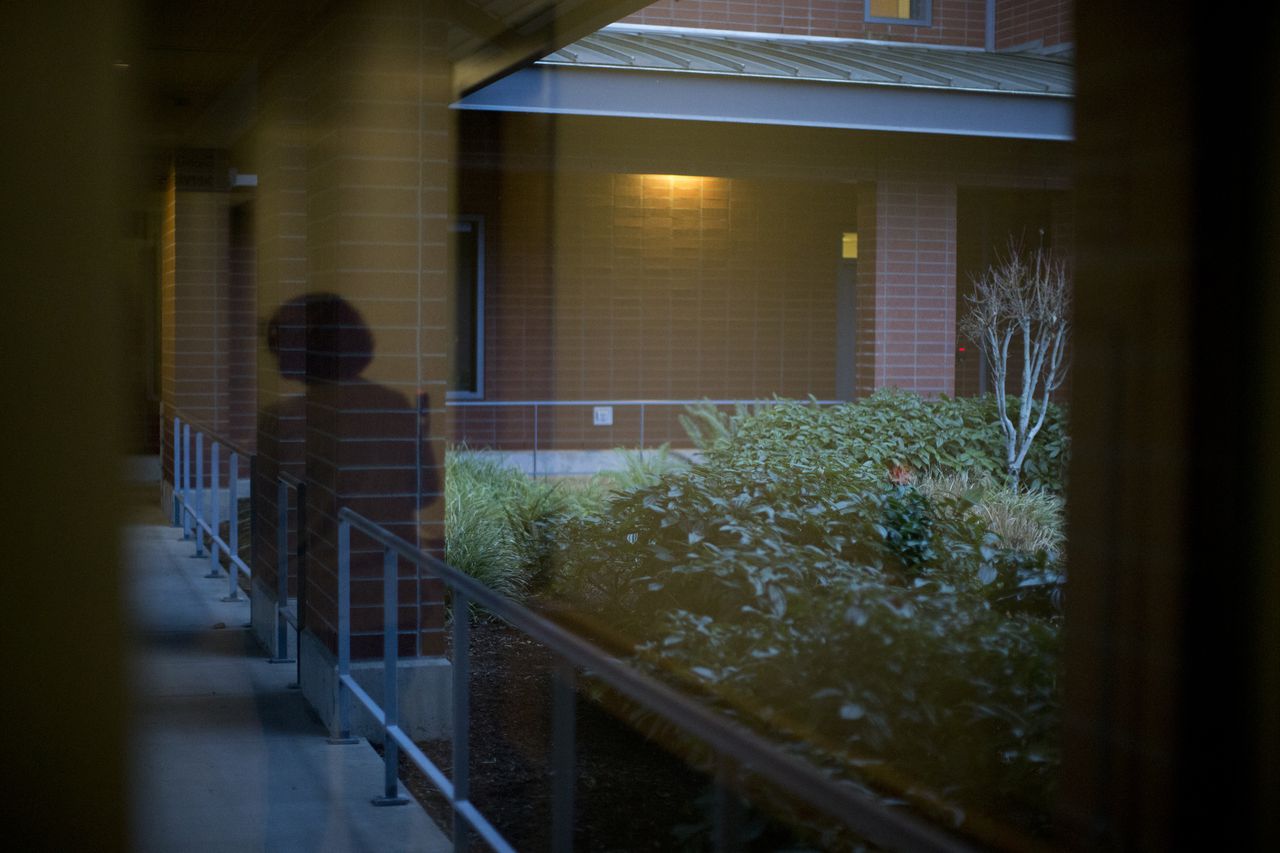