In partnership with The Fresh Toast

In the U.S. and many other countries, dogs and cats alike are adored as loving family members. The ASPCA has estimated that in the U.S., 78 million dogs and 85.8 million cats are owned and treated as pets. Similarly, 44% of all American households have a dog as a pet, and 35% have a cat. Due to the abundance of pet dogs and cats, the demand for medical and veterinary services is significantly high, and it keeps growing.

For decades, pharmaceutical medications and traditional treatment methods tended to be the norm. However, in recent years, cannabidiol (CBD) has been making a large splash within the veterinary medicine industry. So, stick around to learn about the unique relationship between cannabis, but specifically CBD and modern-day veterinary medicine.

As more research findings are released about CBD’s medicinal properties that can be reaped by mammals including dogs and cats, the compound has become one alternative medicine that’s being discussed and/or considered much more now than ever before.

RELATED: How CBD Can Help Dogs With Osteoarthritis

Furthermore, a 2018 double-blind study was conducted by neurologist Stephanie McGrath from CSU to determine CBD’s ability to help treat seizures and epilepsy in dogs. It turns out that 89% of the dogs that received CBD experienced a reduction in seizure frequency. On a similar note, the cannabis-derived product called Epidiolex can be used by humans, but it can also be used in an extra label manner by veterinarians in accord with the Animal Medicinal Drug Use Clarification Act (AMDUCA).

RELATED: 5 Things to Know About Hemp-CBD In Pet Products

To learn more about the relationship between cannabinoids like CBD and animals, especially dogs, American Kennel Club (the nation’s largest and oldest purebred dog registry) awarded a $350,000 grant for a three-year crossover study to focus on CBD administration for epileptic dogs.

How Do Veterinarians View CBD?

In a 2018 nationwide study published in the journal Frontiers in Veterinary Science, numerous veterinarians shared their views about CBD in their industry. When asked about which medical ailments they’d potentially treat with CBD products, the most common replies were for pain management, anxiety relief, and seizure relief. And when vets were asked about the potential benefits of CBD for treating various health issues, they reported witnessing (either first-hand or via pet owner reports) that CBD was the most helpful for treating chronic and acute pain, anxiety, and reducing seizure frequency/severity.

The Progressive Growth of the Veterinary CBD Market

Not only is the global veterinary CBD market projected to reach $125 million USD by 2022, the number of companies within this space are accumulating and launching their own therapeutic-grade, food-grade, and/or personal care CBD products. For example, True Leaf Brands Inc. launched their own veterinarian-formulated CBD supplements, and this is only the beginning!

Can Veterinarians Recommend or Prescribe CBD to Pet Owners?

Although cannabis is legal in more than half of the country, this doesn’t mean that veterinarians can legally prescribe or dispense cannabis. However, within Colorado and California (via Assembly Bill #2215), cannabis-derived veterinary CBD is deemed legal and can be discussed with pet owners and recommended. Whereas, in New York, a bill was proposed to legalize medical cannabis for pets, but it’s still in the early stages.

Read more on The Fresh Toast

Fri Nov 20 , 2020
Apple this afternoon briefly released the first betas of iOS and iPadOS 14.3 before pulling the updates again, but during the time the software was available, some people were still able to download it and have been digging into the features. ProRAW Support As noted on the MacRumors forums, iOS […] 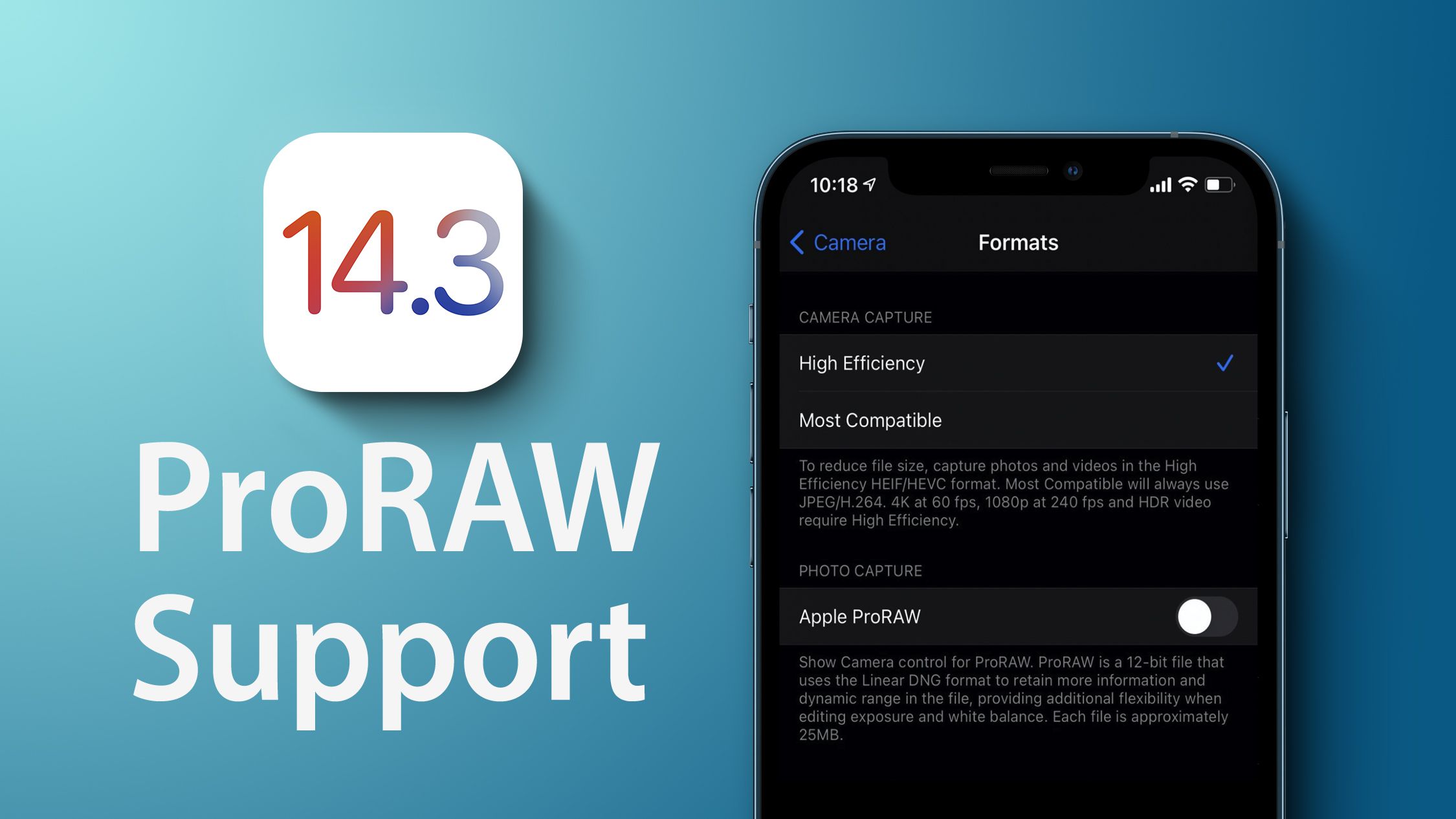