Anthony Fauci, the U.S. government’s top-infectious disease expert, said the results suggesting 90 percent effectiveness are “just extraordinary,” adding: “Not very many people expected it would be as high as that.”

“It’s going to have a major impact on everything we do with respect to covid,” Fauci said as Pfizer appeared to take the lead in the all-out global race by drug companies and various countries to develop a well-tested vaccine against the virus.

Bruce Aylward, the World Health Organization’s senior adviser, said that the vaccine could “fundamentally change the direction of this crisis” by March, when the U.N. agency hopes to start vaccinating high-risk groups.

Still, Monday’s announcement doesn’t mean for certain that a vaccine will be available soon: This interim analysis, from an independent data monitoring board, looked at 94 infections recorded so far in a study that has enrolled nearly 44,000 people in the United States and five other countries. Some participants got the vaccine, while others got dummy shots.

Pfizer cautioned that the protection rate might change by the time the study ends. Even revealing such early data is highly unusual.

Jesse Goodman of Georgetown University, former chief of the FDA’s vaccine division, called the partial results “extremely promising” but ticked off many questions still to be answered, including how long the vaccine’s effects last and whether it protects older people as well as younger ones.

Also, whenever a vaccine does arrive, initial supplies will be scarce and reserved for certain groups of people, with priority likely to be given to health care workers and others on the front lines. Pfizer has estimated that 50 million doses of its two-shot vaccine could be available globally by the end of 2020.

The shots, made by Pfizer and its German partner BioNTech, are among 10 possible vaccine candidates in late-stage testing around the world — four of them so far in huge studies in the United States.

Maradona released from hospital into rehabilitation

Thu Nov 12 , 2020
BUENOS AIRES (Reuters) – Argentine soccer great Diego Maradona was released from hospital on Wednesday and taken to a recovery clinic where he can be treated for alcohol dependency, his doctor told reporters. The former Napoli and Boca Juniors player had emergency surgery eight days ago for a subdural haematoma, […] 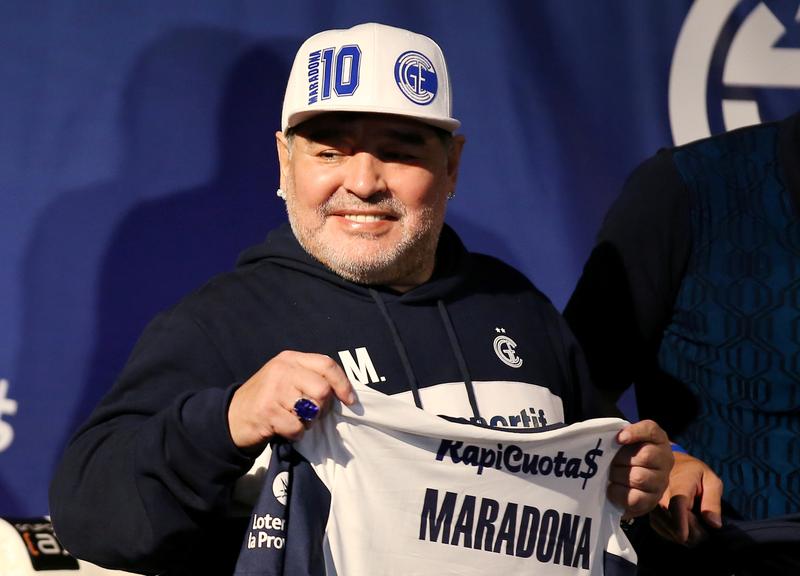