Aerosols and droplets generated during speech have been implicated in the person-to-person transmission of viruses,1,2 and there is current interest in understanding the mechanisms responsible for the spread of Covid-19 by these means. The act of speaking generates oral fluid droplets that vary widely in size,1 and these droplets can harbor infectious virus particles. Whereas large droplets fall quickly to the ground, small droplets can dehydrate and linger as “droplet nuclei” in the air, where they behave like an aerosol and thereby expand the spatial extent of emitted infectious particles.2 We report the results of a laser light-scattering experiment in which speech-generated droplets and their trajectories were visualized.

The output from a 532-nm green laser operating at 2.5-W optical power was transformed into a light sheet that was approximately 1 mm thick and 150 mm tall. We directed this light sheet through slits on the sides of a cardboard box measuring 53×46×62 cm. The interior of the box was painted black. The enclosure was positioned under a high-efficiency particulate air (HEPA) filter to eliminate dust.

When a person spoke through the open end of the box, droplets generated during speech traversed approximately 50 to 75 mm before they encountered the light sheet. An iPhone 11 Pro video camera aimed at the light sheet through a hole (7 cm in diameter) on the opposite side of the box recorded sound and video of the light-scattering events at a rate of 60 frames per second. The size of the droplets was estimated from ultrahigh-resolution recordings. Video clips of the events while the person was speaking, with and without a face mask, are available with the full text of this letter at NEJM.org.

Emission of Droplets While a Person Said “Stay Healthy.”

Droplets generated during speech produced flashes as they passed through the light sheet in this experiment. Panel A shows the flash count during each frame of a video produced at a rate of 60 frames per second, with and without a damp cloth covering the speaker’s mouth. Green indicates spoken words. The number of flashes was highest (arrow) when the “th” sound in the word “healthy” was pronounced. The trace offset below the graph shows that when the speaker’s mouth was covered with a damp cloth, there was no qualitative increase in the flash count during speech over the background level observed before the first trial of speech. The flash count during the silent periods between the spoken phrases remained above the background level, a finding that suggests that some of the speech droplets lingered inside the box for some seconds. Panel B shows frame 361 from the video, which corresponds to the red arrow in Panel A and to the highest number of speech droplets visualized in an individual frame of the video recording. The spots vary in brightness because of the differences in the size of the particles. Some of the spots are streaked, which suggests that the rate of 60 frames per second was insufficient to freeze the motion of the droplets. The feature highlighted by a dashed yellow circle corresponds to the tip of a very thin wire positioned just behind the light sheet; this wire provided a reference for setting the camera focus and gain before recording. (See the video, available at NEJM.org.)

We found that when the person said “stay healthy,” numerous droplets ranging from 20 to 500 μm were generated. These droplets produced flashes as they passed through the light sheet (Figure 1). The brightness of the flashes reflected the size of the particles and the fraction of time they were present in a single 16.7-msec frame of the video. The number of flashes in a single frame of the video was highest when the “th” sound in the word “healthy” was pronounced (Figure 1A). Repetition of the same phrase three times, with short pauses in between the phrases, produced a similar pattern of generated particles, with peak numbers of flashes as high as 347 with the loudest speech and as low as 227 when the loudness was slightly decreased over the three trials (see the top trace in Figure 1A). When the same phrase was uttered three times through a slightly damp washcloth over the speaker’s mouth, the flash count remained close to the background level (mean, 0.1 flashes); this showed a decrease in the number of forward-moving droplets (see the bottom trace in Figure 1A).

We did not assess the relative roles of droplets generated during speech, droplet nuclei,2 and aerosols in the transmission of viruses. Our aim was to provide visual evidence of speech-generated droplets and to qualitatively describe the effect of a damp cloth cover over the mouth to curb the emission of droplets.

Disclosure forms provided by the authors are available with the full text of this letter at NEJM.org.

Thu Aug 27 , 2020
Editor’s note: The opinions expressed by the author do not necessarily reflect the opinions of the AAMC or its members. This year, for the first time, more women than men entered medical school, an impressive advance from a few decades ago when women represented less than a third of matriculants. […] 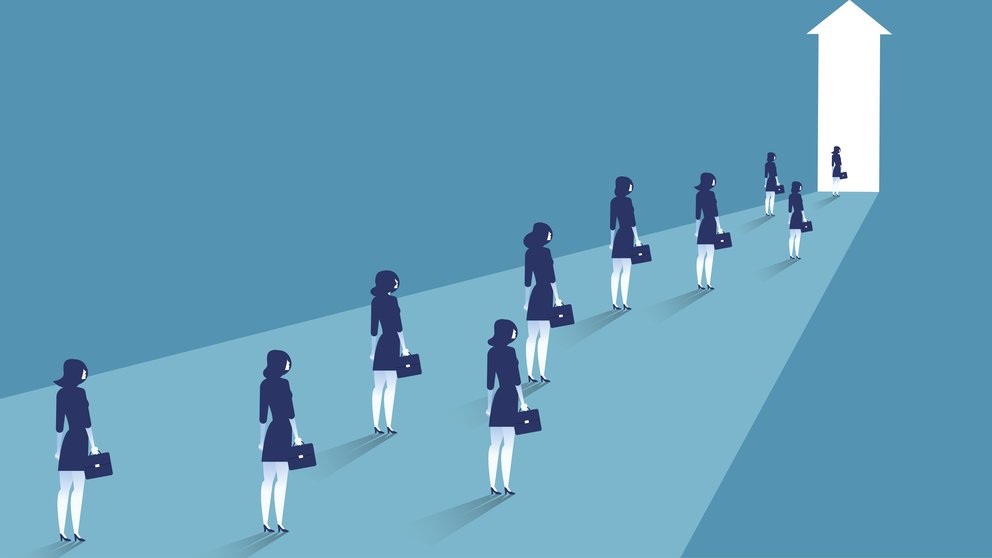