KATHMANDU, Nepal — In 2004, Dr. Robin Basnet was the first medical doctor to be stationed at a remote health care center in the Solukhumbu district of Nepal where Mt. Everest stands tall.

A civil war was still raging across the country as Basnet arrived by foot in a community where the only source of communication was a single solar telephone line.

“When I first arrived, I was taken as an alien by the community. I tried to teach them the importance of modern medicine, but they didn’t believe in me,” said Basnet, who is now chief urosurgeon consultant for the Nepal government.

“While I was only seeing a few patients per day at the health center, the local faith healers would be busy all day. After trying for a few months in vain, I learned I would not be able to change society and their beliefs.”

COVID-19 and the limits of modern medicine

Fast-forward to 2020 and the world is grappling with a pandemic that has infected more than 42 million and killed over 1 million. As communities try their best to protect themselves from the virus and scientists scramble to develop a vaccine, poignant questions have been raised about how medically trained health care workers can better work with traditional healers, and how alternative knowledge and practices can be incorporated into the mainstream system.

Modern medicine inherits a long history of racism, the effects of which can still be felt today. Why are global health norms still too white?

Basnet knew that if he was going to bring modern medicine to the community he would have to work with the faith healers themselves. He needed to gain their trust and respect and, in doing so, the community’s. He explained to the faith healers he was not there to steal their bread and butter nor was he there to quell their important work; rather, he wanted them to all work together with the same goal in mind: to improve people’s health.

“I somehow convinced them to carry on with their practice, but along with that, that they could help distribute oral rehydration solution, or ORS, to patients with diarrhea, deworm the children, help with immunization programs and inform pregnant women to visit the health center for antenatal check-ups,” he said. “Luckily I got support from them and slowly started getting patients to the health center.”

“While I was only seeing a few patients per day at the health center, the local faith healers would be busy all day. After trying for a few months in vain, I learned I would not be able to change society and their beliefs.”

Faith and traditional healers, along with the use of traditional, complementary, and alternative medicine, has been the bedrock of health care across communities around the world for centuries. Across South Asia, it has offered a remedy to the failings of the modern medical system which is marred by a lack of investment, deep inequities, lack of access to care in semi-urban, rural and remote areas, severe doctor shortages and rising health care costs.

In 2019, the World Health Organization’s global report on traditional and complementary medicine said that almost 90% of its member states acknowledged relying on traditional medicine in some form. In 2014, WHO outlined a strategy to help countries validate these practices by seeking to formulate clearly defined national policies that ensured regulation, safety, and quality.

Hariramamurthi G, head of the center for local health traditions and policy at the University of Trans-Disciplinary Health Science in Bengaluru, the capital of Karnataka in southern India, said the pandemic had turned more people toward relying on traditional healers for care.

“Because of COVID-19, people feel that allopathy has failed. Allopathy experts have created more fear than confidence in the people. There are no medicines, there is no vaccine, and we have to cover faces, wash our hands, and physically distance. This is not easy in households which only have one room,” he said.

Hariramamurthi G cites an ongoing pilot project across villages in the central Indian state of Chhattisgarh where government female volunteer health workers known as accredited social health activists, or ASHAs, are working alongside traditional healers to distribute medicinal plants in an attempt to boost people’s immunity.

Get development’s most important headlines in your inbox every day.

“Earlier there wasn’t much coordination between ASHA workers and traditional healers but ASHA workers themselves want to prevent COVID-19,” Hariramamurthi G said.

“We should be involving traditional healers [in the response]. This pandemic cannot be controlled without community involvement.”

Challenges of fighting misinformation and lack of trust

But there are concerns about the proliferation of nonevidence-based preventatives and treatments against COVID-19 in India and beyond. Such concern is not new. For decades traditional healers have been considered by many as “quacks,” who pass themselves off as doctors and act with impunity. In India, for example, a quack made headlines in 2018 when he infected at least 33 people with HIV after using a dirty syringe.

In May, as WHO issued a caution against plants and substances being proposed as COVID-19 solutions without the “minimum requirements and evidence of quality, safety, and efficacy,” government officials across numerous Indian states were handing out thousands of bottles of homeopathic pills.

Further compounding the issue has been social media and the rapid spread of rumors which has reduced trust in medical professionals. Instead, experts say, medically trained health care workers need to work hand-in-hand with traditional healers to cultivate trust in communities — but it’s a level of trust that is difficult to achieve during a health crisis.

Basnet suggests that traditional healers be deployed to educate people about prevention methods such as mask-wearing and hand-washing. “You have to be able to explain the disease in a language that people understand. Maybe faith healers can explain coronavirus as some demon which can be defeated by the use of those preventive measures,” he said.

There is also the potential for traditional healers to be given expanded, formalized roles beyond COVID-19, such as distributing iron and folic acid tablets, ORS, and health education, including explaining the importance of seeking formal medical services, again in language that is appropriate. To incentivize traditional healers, they could be given small government monetary incentives for referring patients to health care centers and hospitals, like ASHA workers receive in India.

However, Amod Poudyal, public health expert at Tribhuvan University in Kathmandu, who has been involved in numerous projects to train traditional healers in modern medicine across Nepal, said efforts to integrate the two forms of medicine have historically been haphazard, with no clear policies or guidance. Nevertheless, he sees the potential for traditional healers to work with the public health system when it comes to delivering mental health care.

But, he cautions, “we need a lot more research to prove this could be effective. We also need to ask the question: Is the government willing to utilize traditional healers?”

As the pandemic shows no sign of abating across South Asia and with health systems buckling under the pressure, it’s unclear whether traditional healers’ role in communities will be fully harnessed to deliver life-saving public health measures.

But if a vaccine is found, they could play a vital role in mobilizing communities and regaining trust in the modern medical system.

Visit the Duty of Care series for more coverage on how health systems can function better so that health care workers are supported and protected. You can join the conversation using the hashtag #DutyOfCare.

Printing articles to share with others is a breach of our terms and conditions and copyright policy. Please use the sharing options on the left side of the article. Devex Pro subscribers may share up to 10 articles per month using the Pro share tool ( ).

11 virtual fitness brands vying to compete with Peloton amid pandemic

Thu Oct 29 , 2020
On-demand and virtual fitness has never been more popular, as the pandemic drastically changes the way Americans stay fit.  While Peloton continues to dominate the at-home fitness market, several digital fitness programs — both new and existing — are looking to cash in on the on-demand exercise boom.  We took […] 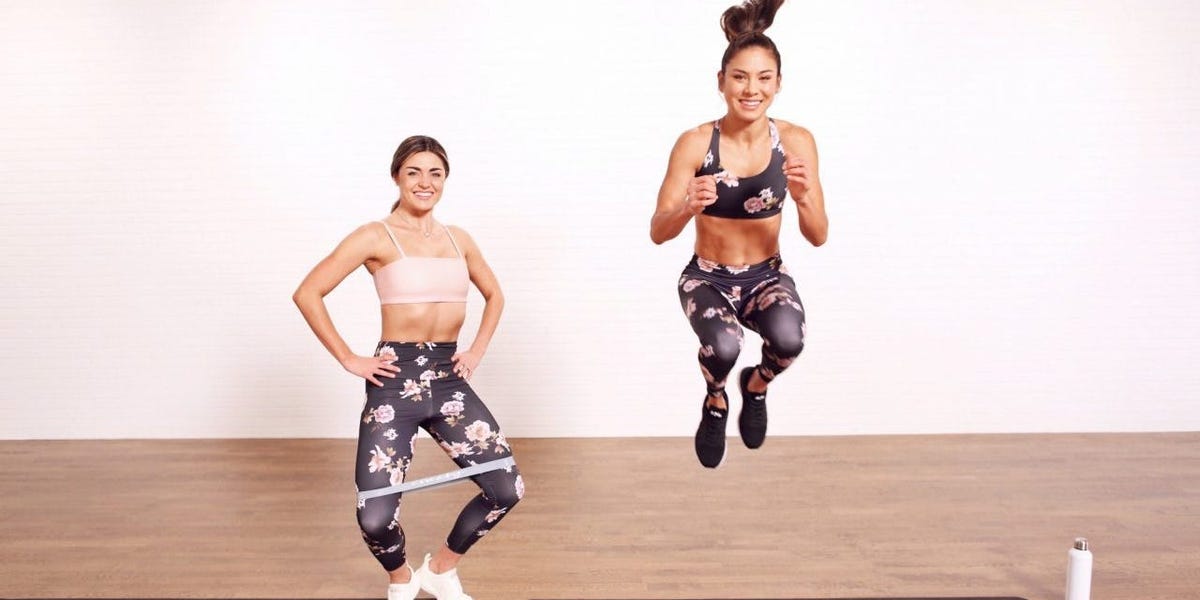